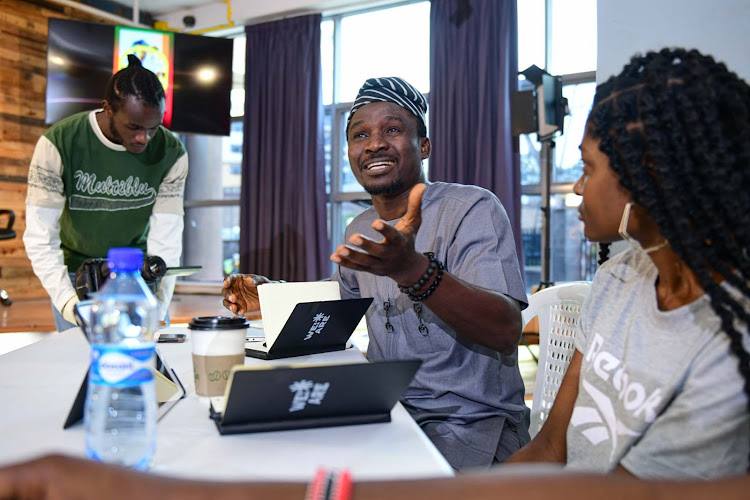 The workshops are part of a campaign to help shape the broader narrative of climate justice in Africa even as the continent host this year's Climate Change Conference (COP 27).

Dubbed 'WE!ARE movement', the campaign seeks to inspire young people across the continent to advocate for climate justice through dialogue and creative expression.

"We are happy to start and champion this conversation as we head towards COP 27. Our key objective is that collectively, we will be able to better shape the narrative of climate justice,'' Okito said.

Kenya and Africa in general are hardest hit by the global climate crisis.

" We want to harness the power of art and creativity to change the narrative on climate change and development in Kenya and hopefully bridge the gap between communities who will most be affected,” Wedi said.

Kenya, just like other countries is already experiencing impacts of climate change such as rising lakes in Rift Valley, warming and drought cycles in some counties.

According to authorities, at least 3.5 million people in Kenya have been affected and need drinking water.

Water levels in the Rift Valley and Lake Victoria regions have been rising since 2010, submerging riparian areas, farmlands and infrastructure, causing a humanitarian crisis.

Data by National Climate Change Action Plan (NCCAP) 2018-2022 shows that the country has been experiencing general warming trend since 1960, and is expected to continue.

Thermal expansion, caused by the warming of the ocean, is projected to be greater than the global average of 26 to 82 cm by 2080.

Rainfall patterns have also changed, with the long rainy season becoming shorter and dryer and the short rainy season getting longer and wetter.

NCCAP report indicates that the rainfall pattern in the country remains low as the long rains have been continuously declining in recent decades.

This is likely to worsen the drought situation in the country,  which has been intensifying in terms of frequency, severity and coverage over the past few decades.

Drought has hit counties such as Garissa, Isiolo, Kilifi, Mandera, Samburu, Tana River, Wajir, Lamu, Marsabit and Turkana hardest in the past decade.

On the other hand, the proportion of rainfall that occurs from heavy events is expected to increase which could cause floods.

With the already existing and looming crisis, CD insists that the voice on climate discourse should be an all-time initiative.

The only Western leader to appear in person was the Dutch host, Prime Minister Mark Rutte.
News
2 weeks ago

In general, the country is said to be wasting a total of 5.2 tonnes of food every year.
Business
1 month ago
Post a comment
WATCH: The latest videos from the Star
by ALFRED ONYANGO
Business
07 September 2022 - 18:00
Read The E-Paper