STIHL sets base to enhance access to farming tools

The move is set to see farmers who haven't been able to afford the tools get them at low costs. 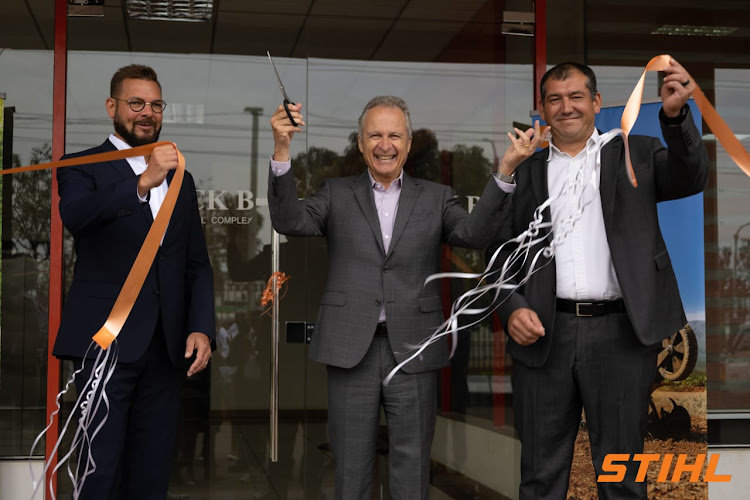 Smallholder farmers are set to benefit from the move by STIHL to set its subsidiary market in Kenya as its base for the East African community.

The German-based company has invested over $4 million (Sh 479.4) million in its expansion bid of scaling its market share by  50 per cent.

Speaking during the official launch of the firm base in Nairobi, STIHL's managing director Francois Marais said the move is set to see farmers who haven't been able to afford the tools get them at low costs.

"The outdoor power tools such as tillers, mist blowers, sprayers and water pumps will be available at a price range lower than Sh100,000," Marais said.

He further noted that customers should expect quality, durable products at a convenient location and easily accessible to them.

The move as termed by STIHL will be good in enhancing mechanisation which they term crucial for promoting food security.

In February this year, the  Kenya Food Security Steering Group (KFSSG) said in its annual Short Rains Assessment report that there are around 3.1 million food-insecure people in Kenya which is a 48 per cent increase since August 2021.

A report by World Food Programme (WFP) indicates that food insecurity in the EA region has been rapidly worsening with an estimate of 81.6 million people reported to be facing high acute food insecurity.

This represents about a 39 per cent increase from the 58.6 million recorded in November 2021.

STIHL through this subsidiary aims to counter the situation in efforts to increase food production even in small-scale farms propelled by mechanisation technology.

"Mechanisation is key to food security not just regionally but worldwide as well and as the population is growing, there is huge pressure on agricultural producers to produce more, therefore, we will ensure the mechanisation helps the farmers in lowering the costs of production," Marais said.

The firm will deliver its products and services through dealer networking to ensure that customers get subsequent training and maintenance of the tools.

Apart from agricultural outdoor power products, the firm also brings into the market products in the forestry, landscaping, construction and cleaning sectors.

"As we aim at the entire EA market, the movement will be crucial in driving our initiative as the region is well known for its recent partnerships in having common trading goals," Wachira said.

Kenya becomes the second country in Africa after South Africa where the firm sets its branch.

The firm also plans to further its subsidiary footprints in Ethiopia, Eritrea, and South Sudan in due course.

The firm notes that already over 20 dealers have already stocked and are ready to sell the products countrywide.

The firm is targeting the booming agriculture and construction sectors in the region.
Business
1 month ago

According to the World Bank, Kenya accounts for 23 percent of all African Agri-tech start-ups in Africa.
Opinion
8 months ago
Post a comment
WATCH: The latest videos from the Star
by ALFRED ONYANGO
Business
24 August 2022 - 17:30
Read The E-Paper