•Tourism is always among the hardest-hit sectors of Kenya’s economy before and after every election period.

•Bobby Kamani, the newly appointed director of the Kenya Tourism Board, had a chat with Charles Mghenyi, the Coast Regional Chief Correspondent for the Star Newspaper on the prospects of the tourism sector for the remainder of 2022. 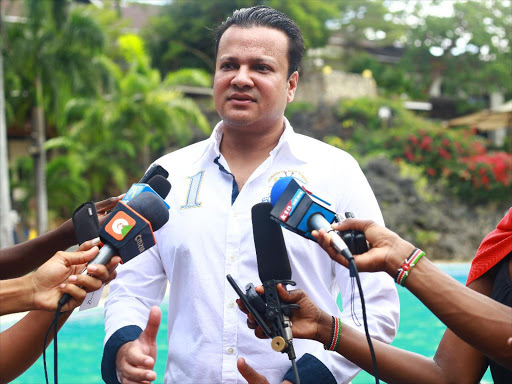 Newly appointed director of the Kenya Tourism Board Bobby Kamani

After every general election since 2007, Kenya’s tourism sector is always left ‘reeling in pain’ of cancellations of bookings and travel advisories from the western nations due to uncertainties that are always associated with the country’s political campaigns that are usually marred with chaos and violence.

Between August 9 and 15 this year, a one-week period after the general elections, many businesses remained closed for fear of the unknown, as the country waited patiently on who would be announced the winner of the election.

Tourism is always among the hardest-hit sectors of Kenya’s economy before and after every election period.

However, this year’s election was different and the tourism sector, which always faces the brunt of booking cancellations and travel advisories, remained untouched.

Tourism stakeholders are upbeat that this year’s high season between September and December, the country will record a boom in the number of international arrivals, an increase in domestic and regional tourists, and also more conferences.

Bobby Kamani, the newly appointed director of the Kenya Tourism Board, had a chat with Charles Mghenyi, the Coast Regional Chief Correspondent for the Star Newspaper on the prospects of the tourism sector for the remainder of 2022.

How did the general election affect the tourism sector

Tourism remained largely untouched by the negative effects of this year’s elections. It shows that we have grown as a democracy and we are more than capable of holding peaceful elections. We also have seen tourism numbers increase during this period from the domestic market.

As the tourism stakeholders, we are planning to continue promoting the domestic market with the “Kenya Inanitosha” campaign and the use of digital marketing to woo more foreign visitors into the country between now and the end of 2022.

With limited flights into Kenya especially towards the Christmas holidays, flight fares are prohibitively priced. We urgently need to increase capacity to Nairobi and Mombasa from foreign airline carriers such as Emirates, Fly Dubai, Qatar, Ethiopian and Turkish Airlines.

What do you yourself bringing to KTB board?

I’m here to bridge the gap between the private sector and the government. I envision greater and more profitable ways to explore Kenya’s tourism resources.

I will strive to assist KTB in accomplishing its functions and to develop, implement and coordinate a national tourism marketing strategy that would market Kenya at local, national, regional, and international levels as a premier tourist destination.

The industry needs to invest in marketing as the only way to compete with other key destinations. At least 15 percent of tourism earnings can be allocated each year to marketing.

I’m also looking forward to working closely with the Government of Kenya, the Ministry of Tourism, and together with the support of the able leadership of KTB Madam chairlady Joanne Mwangi-Yelbert.

What new products do you think Kenya can offer?

Kenya is more than just a Safari and beach destination, it is more than the Maasai Mara and Diani. With our ever-growing reliable road network, we should be promoting the rest of Kenya from Homa Bay to Turkana, to Kitale to the Chalbi Desert.

Kenya’s amazing landscape is a ready recipe for adventure tourism which is waiting to be encouraged and promoted.

We should also promote medical tourism which can be explored by attracting and bringing affordable hospitals that are already operating in other parts of the world and localise such destinations in areas such as Diani.  This would be one of the ways of eradicating the hurdles faced by investors in the health sector.

Sports Tourism is also another area which we can tap on as a country.  We must leverage formally the success of our athletes and set up state-of-the-art high-altitude training centres for runners and position ourselves to host professional league football clubs from around the world. As Qatar hosts the World Cup this year, Kenya should have hosted two or three teams that are en route to Qatar.

What should be done to make Kenya more accessible?

I will be fronting for an “Open-Skies Policy” for both Nairobi and Mombasa to ease accessibility at affordable rates. Besides our national carrier Kenya Airways, Qatar, KLM, Emirates, Ethiopian and Turkish airlines should be allowed to fly directly to Mombasa and Nairobi. They can each connect Kenya to 125 countries and over 320 cities.

What should be done to improve our airports?

The Jomo Kenyatta International Airport in Nairobi needs to be modernised and brought up to international standards so as to improve the arrival and departure experience of all travellers. I also suggest a 49 per cent shareholding may be sold to a reliable partner who will invest in the airport including a second runway.

How do we rank as a global destination for Meetings, Incentives, Conferences, and Exhibitions?

Kenya needs to re-model and re-launch Kenyatta International Convention Centre (KICC). This can be done through a public-private partnership. KICC did well under the leadership of Nana Gecaga and is now under the able leadership of Fatma Muses. Whilst it is still a unique design structure with plenty of land, a lot can be achieved.

It would make sense to enter into a deal with a private partner to build, operate and later transfer an adjoining four-star anchor conference hotel with 250 rooms, which would result in a buzzing KICC and would undoubtedly revive the Nairobi Central Business District (CBD) including the heritage hotels in the heart of the city.

With the new Nairobi expressway, access to and from JKIA is now a breeze. We should also fix the CBD to make it more pedestrian-friendly and bring back the nightlife.

I also suggest that land which is not in use can be donated and serious investors can be invited to set up modern Meetings, Incentives, Conferences and Exhibitions (MICE) centres in Mombasa, Kisumu, Nakuru and Eldoret which should also include modern stadiums.

For example, in Mombasa, Shimo la Tewa Prison and Shanzu Teachers Training College are sitting on huge tracts of land which are currently not being utilised effectively. Any developer would be delighted to be a shareholder of such a project.

At the port of Mombasa, the government has put up a multi-million cruise ship terminal. What should be done to make it more viable?

The yet to be opened cruise terminal in Mombasa must be put to work and port tours with private floating hotels and restaurants anchored at the terminal are very do-able. Now that Mombasa is once again an island, tours around the island will be possible, a port is not just about containers. Port tours around the world in places like Rotterdam and Antwerp are a major tourists’ attraction.

What’s your take on wildlife conservation in the country?

Wildlife conservation cannot be left to the mercy of park fees. I suggest that the government should set up a trust whose main role is to solicit and raise funds for conservation all year round. Many philanthropists will happily contribute to a transparent trust.

We should also reserve two or three board seats for the likes of international organisations like National Geographic and the World Wildlife Fund for Nature in order to promote confidence in the donors contributing to the trust. This would be a stop-gap measure for when tourist numbers drop and funds for conservation are jeopardized.

The cost of doing business in Kenya is very high, what should be done differently?

I envision a radical change in the ease of doing business in the tourism sector. There are too many licenses that need to be obtained to run an establishment. These permits and licenses can easily be consolidated, for example a hotel requires more than 23 separate licenses to operate.

Kamani, who holds an MSC in International Management and Corporate Governance from King’s College London, is also the managing director of Zuri Group Global. Zuri is a multinational conglomerate with interests in hospitality, real estate and floriculture.