42% of those who haven’t left their jobs yet are considering or may consider leaving their current jobs this year. 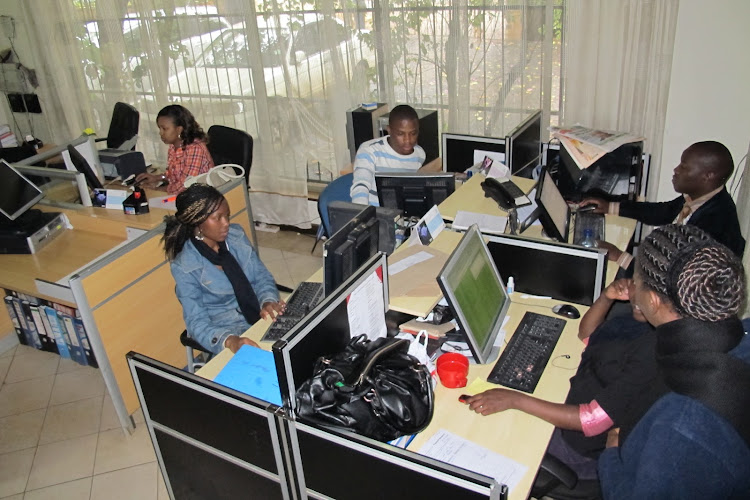 Startups and small businesses are struggling to retain tech developers who are opting to start their own businesses a year into the job market.

Dubbed 'Currents', a report by global tech firm Digital Ocean shows over a quarter of developers who have been in the workforce for over a year have started a new job in the past year.

There is also, although small but clear movement for developers to leave current employment to venture into consultancies.

Additionally, 42 per cent of those who haven’t left their jobs yet are considering or may consider leaving their current jobs this year.

This is driven by the perception that entrepreneurship is strong among the self-employed group.

According to the report, lack of compensation and flexible work environments are among the top cited reasons why the developers opt out of their current employment.

"The need to be offered high pay amid the ongoing rise in inflation and continued post-covid effects is also a factor, "Digital Ocean says.

This trend mirrors a recent report by Brighter Monday on Kenya’s employee satisfaction in 2021 which showed that 90 per cent of respondents believe job satisfaction increases their job productivity.

Even so, half of those surveyed were said to be happy with their current employer.

This year, the job market confidence among employees is currently high as compared to the 2020 case which experienced job uncertainty brought about by covid-19.

Another report by Quantum notes that in 2020, just before the onset of covid-19 , 81 per cent of employees believed they would not resign easily.

However, as many adjusted to the realities of the pandemic as of last year, it was noted that employees felt less loyal to their current employers.

The report showed that only 74 per cent of employees agreed that it would take them much to leave their current employment.

This was a seven per cent drop in employee belief attributing that numbers were drifting towards turnover.

It adds that this will force leaders to refocus on employee retention strategies as the competition for talent will become more intense and costly.

The costs to replace talent can shift significantly depending on the industry, position, and level of talent that needs to be replaced.

According to Society for Human Resource Management (SHRM), the cost estimates range from one-half to two times the departing employee’s salary.

To cope with the worrying employee retention, the survey shows firms have turned to open sources for their software development.

This has seen the use of low-code and no-code solutions become more common in the markets.

The solutions enable developers and non-developers to create applications without advanced coding skills.

Out of over 2500 developers who were surveyed, about half developers participated in open source in 2020.

Globally, 35 per cent of startups and SMEs are using open source in 50 per cent or more of their software operations.

Diversity and inclusion in the open source community have seen some improvements in the past years with 65 per cent of the surveyed saying it is inclusive.

However, those in minority groups are more likely to think that open source is not much inclusive.

In Kenya, many businesses are fast embracing the use of free open source software as opposed to the proprietary kind in efforts to boost the efficiency of their operations.

The open source movement is fast growing in the country evident with the emergence of open source-based organizations and bodies such as the Linux professional association of Kenya.

Back in 2011, Kenya Open Data Initiative was launched making key government data freely available to the public through a single online portal.

Kenya was the first developing country to have adopted an open government data portal, the first in sub-Saharan Africa, and the second on the continent after Morocco.

The initiative has been acclaimed globally as one of the significant steps in improving governance and access to information.

Despite the heavy reliance on open source technologies, most developers think that companies should give more time during work hours to contribute to open source.

In addition, organisations get to lose valuable expertise and company knowledge when employees depart.

The remaining team members are often noted to report lower morale due to a loss of team cohesion.

Furthermore, when positions get to a hard-to-fill situation, business outcomes could be affected indefinitely.

Listen to staff for their well-being

Check in with your team regularly and communicate more than you think you need to—Woude.
Sasa
3 months ago

The net result is an alignment of employee and investor interests.
Opinion
11 months ago

When employees have low levels of well-being and job satisfaction, they are more likely to quit their job.
Sasa
1 month ago
by ALFRED ONYANGO
Business
03 August 2022 - 04:00