Multilateral debt accounted for the bulk of outstanding external debt.

• Debt owed to international financial institutions totaled Sh1.8 trillion, accounting for the bulk of outstanding external debt at 43. 2 per cent. 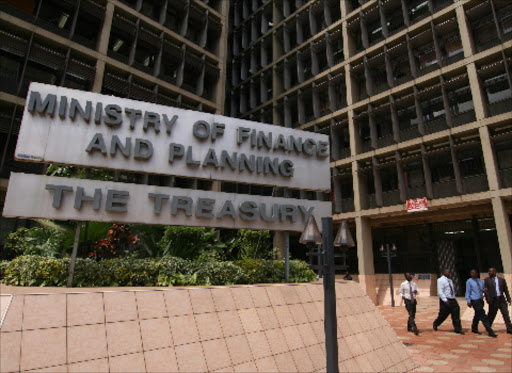 Multilateral debt accounted for the bulk of outstanding external debt at 43. 2 per cent, having risen by 21.5 per cent from March 2021.

Commercial banks were the second major source of credit with the stock of debt owed to these lenders accounting for 28.7 per cent of the total stock of external debt at Sh1.2 trillion.

The eurobond was the major instrument held by commercial banks, accounting for 67.6 per cent of the stock of commercial debt for the period under review.

This pushed up overall debt which is currently quoted at Sh8.4 trillion by the Central Bank of Kenya. Domestic debt is at Sh4.22 trillion.

The new loans were procured to help fill the Sh1.01 trillion fiscal deficit in the Sh3.02 trillion budget for the 2021/22 financial year.

KNBS data shows suppliers' credit to the government shrunk to Sh12 billion in March compared to Sh18 billion over a similar period in 2021.

The World Bank is the country’s biggest lender overtaking China, which has been accused of burdening Kenyans with unsustainable debt.

Treasury records show that the World Bank has the highest share of Kenya's loans at Sh1.2 trillion, almost overtaking all commercial loans whose portfolio stood at Sh1.2 trillion at the end of March, 2022.

The Status of Economy report, released in March shows that the International Monetary Fund had lent Kenya up to Sh211 billion while China loan to Kenya hit Sh802 billion, coming close to Sh820 billion borrowed through sovereign bonds.

The move was geared towards bridging the Sh846 billion deficit for the Sh3.3 trillion fiscal budget for financial year 2022-23.

The lawmakers raised the debt ceiling to Sh9 trillion from Sh6 trillion previously in October 2019.

The government has projected a growth of six per cent for the current year which started Friday, July 1.

Projection is against a backdrop of an economy recovering from the Covid-19 pandemic, rising costs of debt, projected drought, rising cost of goods, elections, among other factors.

The plan to achieve this is premised on significant revenue growth.

During the budget reading, Treasury CS Ukur Yatani said the government  plans to increase ordinary revenue collection from Sh1.81 trillion to Sh2.14 trillion against a background of a recovering economy, projected drought, looming elections among other factors.

Yatani noted that interest payment of debts have been estimated at 869 billion in financial year 2022/23 against an expected ordinary tax collection of Sh2.14trillion.

The next government will have to borrow to fund recurrent expenditure given a deficit of Sh862 billion and development expenditure of at least Sh715 billion.

Going by the borrowing trend, Kenya’s public debt will have grown fivefold from April 2013 to August 2022, when President Uhuru Kenyatta retires after the general election.

The debt will likely hit at least Sh8.83 trillion, up from Sh1.89 trillion when the Jubilee administration took over from former President Mwai Kibaki’s government in April 2013.

It has been floating at an average of Sh60 billion every month since January.
Business
1 month ago

It is however, to disburse close to Sh100 billion to counties.
Business
1 month ago
by SHARON MAOMBO Business Writer
Business
04 July 2022 - 04:00