KRA through its customs agents has maintained strict monitoring to counter entry of the restricted goods.

•Apart from bid to maximize revenue collection, these commodities are barred from entering the country to prevent bridges in national health, policies, social order and security.

•KRA through its customs agents has maintained strict monitoring to counter entry of the restricted goods. 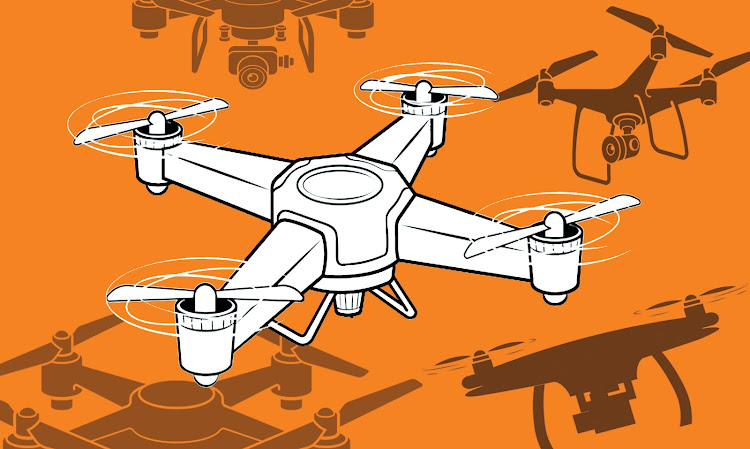 Thousands of restricted items, including drones and shisha pipes,are clogging up customs warehouses at Jomo Kenyatta International Airport (JKIA)as authorities restrict their entry in to the country.

The Kenya Revenue Authority (KRA) through its customs agents has maintained strict monitoring at the airport to counter entry of the said goods.

“We on a day-to-day basis do our level best to carefully screen cargo, luggages and passengers to check for restricted and counterfeited goods in effort to safeguard the country and ensure tax compliance,” KRA custom agent, Ruthiaren Gakii said when she took journalist around the airport on Tuesday.

She added that any good worth more than $500 (Sh58,935) is entitled to taxation and owners of said goods occasionally attempt to evade payment.

Apart from bid to maximize revenue collection, these commodities are barred from entering the country to prevent bridges in national health, policies, social order and security.

Here are some of the goods denied entry at JKIA customs;

In Kenya, a citizen or a resident who is eligible to own and operate a drone must be at least 18 older and should apply under a company that is registered in the country.

Importation or exportation of drones is only allowed with the approval of Kenya Civil Aviation Authority (KCAA) Foreign tourists are optioned to renting a drone locally.

However, the law includes a 30-day temporary permit that may be appropriate for them as travelers.Unchecked movement of these drones in the country could be a great risk to the country's security as they could be of harm through data exploitation.

Drones could be used by criminal groups to conduct GPS spoofing, use of radio transmitter to send a counterfeit GPS signal to a receiver antenna to counter a legitimate GPS.

Downlink interception, allows criminals to access all transmitted data between the drone and the controller.

Drones could also be used to carry explosives, biological or chemical weapons to facilitate attacks on critical facilities, VIPs or urban populations.

The importation, manufacture, sale, advertising and promotion of shisha smoking was outlawed in the country back in 2017.

An hour session of smoking shisha according to the World Health Organisation(WHO), is equivalent to smoking between 100 and 200 cigarettes.

This has vast health related problems since the smoke from the hookah has high levels of toxic agents even after it has passed through water.It could cause lung, bladder, and oral cancers. The smoke is also associated with heart disease after causing clogged arteries.

Babies born to mothers who smoked water pipes every day while pregnant weigh less at birth as compared to those born to clean mothers.

It was attributed that the products are imported so they must be passing through a certain entry border point and the act was being perpetrated by corrupt individuals who want to make money.

KRA has so far put in stringent measures in fight against the illegal entry of the pots and their relative substances.

In 2009, Kenya Bureau of Standards (Kebs) cracked the whip on the local beauty retail industry and banned various skin lightening creams, gels, lotions and soaps for containing harmful chemicals such as hydroquinone and mercury that were hazardous to human health.

Still there are numerous numbers of such substances being confiscated at the airport as they are smuggled in the country.

The customs warehouse at the airport had varieties which had been curbed from various travelers into the country.

Although fashion is good, priority should be given to health. The chemicals in these substances pose agrave danger in a persons health.

Most of these substances have been linked mercury toxicity has been banned as an ingredient in skin lightening products in some countries such as the United States.

Products made in other countries that make their way into the country still contain mercury that can cause numbness, high blood pressure, fatigue, sensitivity to light and kidney failure.

There are also medical reports that have linked the use of skin bleaching products to dermatitis, an inflammation of the skin caused by contact with certain substances and is causing skin redness, skin ulcers, blisters, swellings, and itching.

Skin lightening creams containing mercury could lead to kidney disorder since the blood vessels in the kidneys responsible for filtering waste and excess water are totally damaged by the substance.

Use of bhang for recreation among youth on the rise, report shows

The use of Miraa and Shisha was, however, coming down even as bhang use increased.
News
2 years ago
Title: "WATCH: The biggest news in African Business"
by ALFRED ONYANGO
Business
01 July 2022 - 18:14