Among the areas of engagement will be product innovation, registration, safety and tracking and tracing (to avoid fakes) as well as law enforcement. 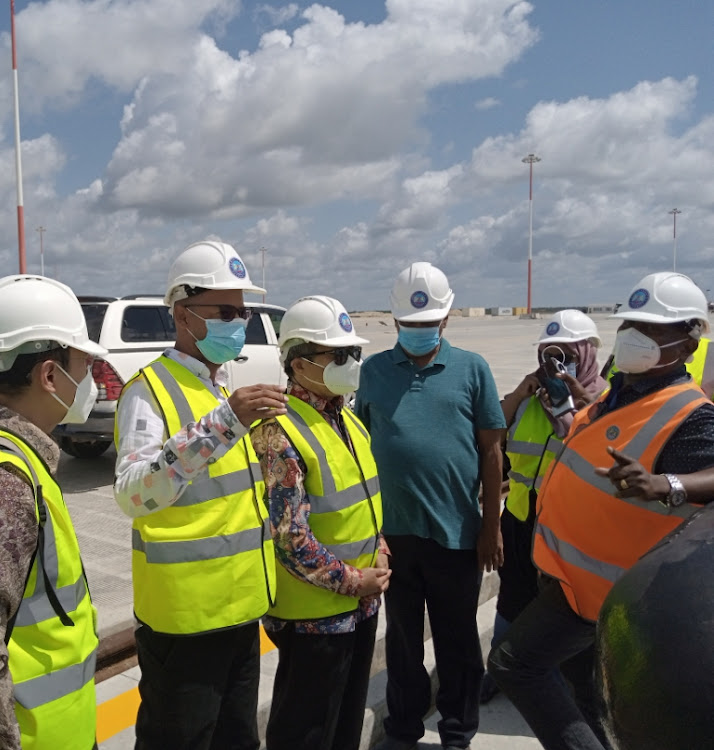 Indonesian ambassador to Kenya Mohamad Hery Saripudin when he met LAPSSET and KPA officials at the Lamu port on Sartuday.
Image: FILE

Kenya and Indonesia are seeking an MoU on capacity building on food, drug and cosmetics regulation to enhance bilateral trade on the products.

This emerged during a business-to-business meeting between Kenya and Indonesia officials in Nairobi.

Pharmacy and Poisons Board CEO Fred Siyoi hosted the Ambassador of Indonesia, Mohamad Hery Saripudin and a delegation from the Indonesian Food and Drug Authority led by chairperson Dr Penny K. Lukito.

The delegations discussed and explored areas of collaboration towards improving access to quality safe and efficacious Health Products and Technologies and  agreed to develop a Memorandum of Understanding on the same.

In a briefing after the meeting, Ambassador Saripudin said the two sides agreed to cooperate in enhancing Kenya's capacity in the human resource and training in the field, harmonization of the regulations as well as institutional capacity building.

"Following the meeting, the Kenya side indicated it would like to have in depth cooperation in capacity building for human resource, training and transfer of of know how and technology in these fields," the envoy said.

He also added that Kenyan officials talked of the need to learn from Indonesia's FDA structures as they are mature and advanced than Kenya's Lukito was in the country to meet with relevant stakeholders in Kenya to strengthen bilateral cooperation in the areas of medical products, vaccines, food and cosmetics regulation.

Among the areas of engagement, the ambassador said, would be product innovation, registration, safety and tracking and tracing (to avoid fakes) as well as law enforcement.

The envoy said a deal between a Kenyan and Indonesian company was also signed, encouraging other firms on both sides to take advantage of the closer ties following the opening of the Kenyan embassy in Jakarta.

"Back home, we say hit the iron when it is red hot. That is what we are doing. We want to encourage the private sector to take advantage of this because as a government, ours is a facilitative role," Ambassador Saripudin said.

Kenya officially opened its embassy in Jakarta, Indonesia, on March 17.

Chamber of Commerce to work with envoys to promote business

Ngatia said through the partnerships, they have built and contributed to a vibrant business community
Business
6 months ago

How Kenya can benefit from new Asian tigers

To enhance the trade relations, both governments need to create an enabling environment
Opinion
10 months ago

Indonesia is a major supplier of crude palm oil to Kenya
Counties
11 months ago
by ELIUD KIBII Subeditor and writer
Business
20 June 2022 - 04:00