How I became director of leading sacco at 28 years— youth

In the government, young people account for less than two per cent of senior management role 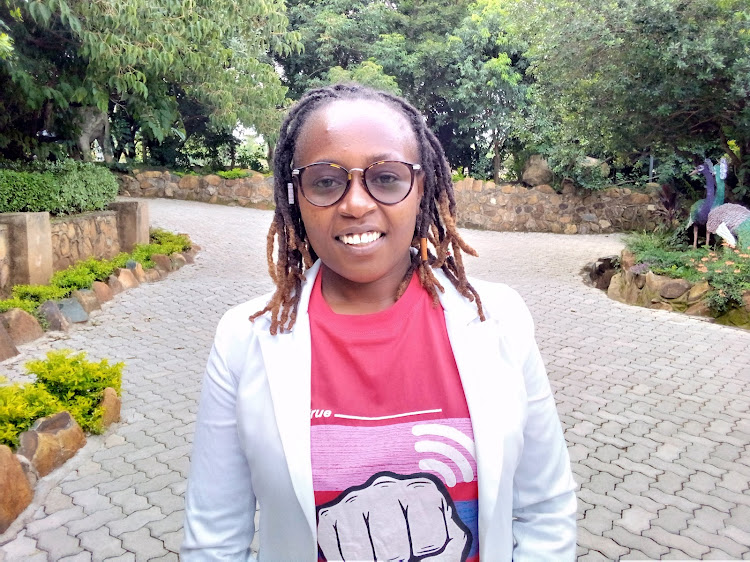 Kenya has the most youthful population with 75 per cent. Despite the numbers, Young people continue to be under-represented in decision making processes in the different sectors of the economy.

In the government, the young people account for less than two per cent of senior management roles which is not very different in other sectors of the economy.

The small percentage of young people in decision making platforms has demonstrated capacity to deliver. However, we cannot outlook the different challenges young people face especially when the leadership position is an elective post.

Issues of resources, negative perceptions directed to young people and monopoly of the systems by the older generation is creating unfavorable conditions for youths.

But even with all this at play, Banice Mbuki Mburu at 28-years-old has broken the record in Kenya as the youngest director in the helm of a tier one sacco in Kenya.

While most saccos have no young people in their boards, most of them are struggling with implementing their by-laws to align with the constitution on the 2/3rd gender rule. Therefore, Mbuki's leadership is a win for youth and women in the cooperative movement.

In an interview with the Star in Bungoma town on Monday, Mbuki says she has been a member of Kimisitu Sacco for six years.

During her period, Mbuki says she experienced challenges which other members face.

Some of these challenges are operational and some are systemic. Therefore, this was an opportunity to serve members drawing experience serving in other boards and management teams in organisations.

Mbuki said she first vied for the position of board of director in 2020. However, the voting at that time was physical with rising of hands as the election model. This model favoured the candidates who had the financial muscle to mobilise people and facilitate them to stay through the last agenda which usually stays up to 6pm.

She added that she vied for the second time in 2021 and garnered 405 votes against the top candidate with 798 votes. Every year, there are three directors who retire in the board and one in the supervisory committee. Therefore members elect three candidates to replace them. Unfortunately she did not make it to the top three.

She said in 2022 she has faced a lot of youth and women stereotypes combined. She noted that the society is still struggling with youth leadership and women leadership despite the membership being from progressive non-governmental organisations.

Additionally, she said during the campaign period she used her last two names and of course the poster had a face on it. When it came to voting, there were no faces and therefore the members were challenged with her name (Mbuki Mburu) which is always mistaken as a masculine name.

“I had put in a spirited campaign such that most members reached out to console and share their opinions of the areas that I missed out with a majority indicating the confusion in the name. Perceptions are big in elective scenarios while branding and image is a key factor,” she said.

Persistence is a virtue, In 2022, Mbuki said she showed interest again for the board of director’s position. After the nomination process was concluded, 11 candidates made it to the ballot. I emerged the only female competing against 10 men.

“To do more, to bring more creativity into the campaign. The reality is that men will form alliances, others have more experience in vying and running sacco campaigns and therefore posed a big threat. Being one of the youngest people, I had the advantage of exploring technology to my advantage,” she said.

Mbuki said she developed a campaign strategy, adding that she sought the services of a graphic designer, looked for organisation/ community mobilisers to share the posters, and joined as many WhatsApp groups to access as many members as possible to sell her manifesto.

She added that she further reached out to the members both on phone calls and WhatsApp messages sharing her campaign materials.

She said she visited member organisations, developed informatics for registration voting and developed a professional video that no other candidate matched its quality and content.

Mbuki said campaigns are tough. People will make demands, they will want to reap from you in whatever sense and others have interest as a potential board of director, adding that others will spread lies to bring you down, attempting to bring the politics of divide. The most important thing is to remain authentic and consistent in your messaging.

She said it’s important to have a support system.  She lauded director Philip Nzioki who is also the current Vice chairperson of Kimisitu sacco board who mentored her through the campaign and motivated her to vie again.

She also thanked her best friend Teresiah Warui as her campaign manager, she said Warui was a great support system.

Mbuki said the cooperative industry is big in Kenya. Kenya is leading in Africa and number seven globally. This is an industry that has potential to create employment and facilitate business environments through access to capital.

“Making it to be a board of director role in a tier 1 billionaires sacco is an uphill task. This is to encourage those young people going for any elective seats whether in national / county politics or associations, you can do it better,” she said.