•Locally, prices of wheat flour have already gone up. 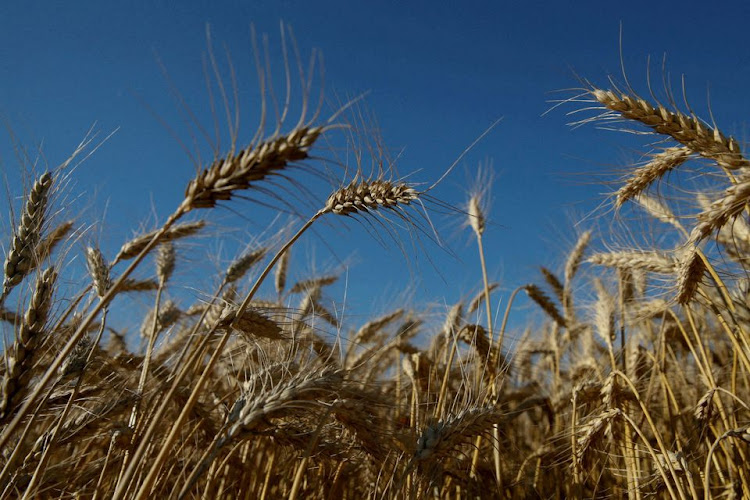 Ears of wheat are seen in a field near the village of Zhovtneve, Ukraine.
Image: FILE

Heavy rain has prevented Grotberg from planting as much wheat crop as he wanted and is hampering farmers across the state, the top U.S. grower of spring wheat.

Instead of boosting supply, North Dakota expected to plant wheat over the smallest share of its farmland on record, according to government data.

The United States is the world's fourth-largest wheat exporter and problems are hitting output at a time when the world can ill afford to lose any more supplies of the staple grain amid a global food crisis.

It has also raised the prospect of famines in the countries which depend on its exports, with Kenya being among countries heavily dependent on imports, where Ukraine has traditionally been a source of its wheat imports.

Locally, prices of wheat flour have already gone up.

The country is also seeking to import about 540,000 metric tonnes of duty-free white non-GMO maize, with Africa reported to be running short of non-genetically modified maize.

Kenya will have to source it from Mexico, local importers say.

Smallscale Millers Association of Kenya chairperson Kennedy Nyagah said Tanzania, Zambia and Malawi have run out of their surplus, forcing importers to look across the border.

''It is only South Africa that has a surplus but GMO. Mexico is the only country that has the commodity ,'' Nyagah said.

Benchmark Chicago Board of Trade wheat prices surged 50 per cent to more than $13.60 a bushel after Russia's invasion in February halted shipments of nearly a third of the world's wheat exports, and little has gone right for wheat since then. 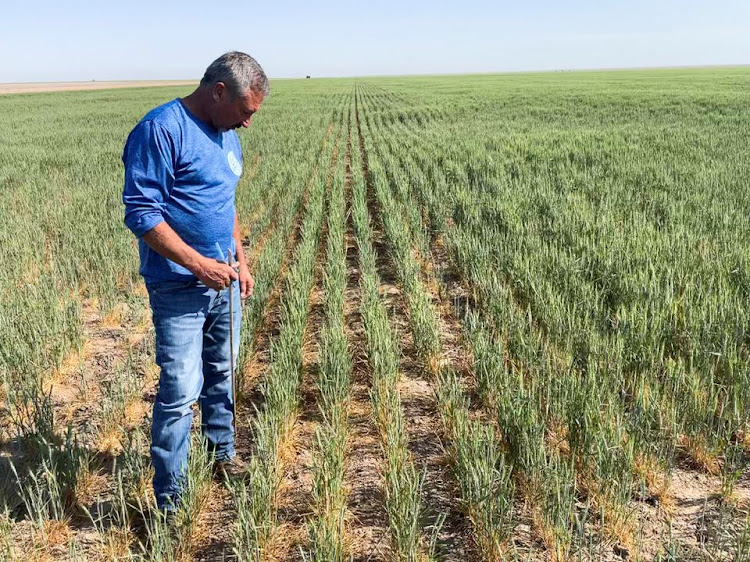 The United Nations has warned the impact of the war on grains, oils, fuel and fertilizer could throw millions of people into famine and take years to resolve. read more

Washington has been calling on U.S. farmers to seed more winter wheat this autumn, and the government said it would allow planting on some environmentally sensitive land beginning this fall. But the drought and costly farm inputs could limit production gains, say grain analysts. read more

There are two wheat crops in the United States: spring wheat planted now, and winter wheat planted in autumn that will be harvested soon. Both are in trouble.

The problems with the spring wheat planting faced by farmers like Grotberg come after drought hit the winter wheat crop in Kansas, the top growing state.

The U.S. winter wheat harvest potential there has fallen by more than 25 per cent due to severe drought. Kansas farmers may abandon thousands of acres of wheat in fields this year, instead of paying to harvest the drought-scorched grain.

Back in North Dakota, it is too much water that is the problem. An historic April blizzard left the state's expansive, pothole-dotted fields under more than 3 feet (1 m) of snow in some areas, triggering floods as the deluge melted.

Grotberg has only been able to plant about 500 acres (200 hectares) with wheat so far - just a quarter of the land he had aimed to sow - because of the wet conditions.

Seeds sown in soggy soils can struggle to emerge or come up unevenly, while heavy farm machinery can tear up overly muddy fields, compact soils or get lodged in the muck.

Wheat planted too late in the spring is likely to yield less grain or be at risk of frost before the crop fully ripens.

1996 Soggy spring weather has all but ensured that the northern U.S. Plains breadbasket will not produce a bumper crop this year.

U.S. farmers have only seeded 49% of their intended spring wheat acres as of May 22, matching 2014 for the slowest pace since 1996, according to U.S. Department of Agriculture data.

In North Dakota, which produces about half of U.S. spring wheat, growers have planted just 27 per cent of their crop, the second slowest pace in four decades.

"Some farmers have not turned a wheel yet," said North Dakota Agriculture Commissioner Doug Goehring. "If North Dakota is not able to get a substantial amount in, it's just going to wreak more havoc on the global market."

In the southern U.S. Plains, winter wheat farmers have received very little rain and are concerned about the size of their harvest - or if the shriveled plants will simply need to be plowed under.

A private group touring wheat fields in Kansas in mid-May forecast its harvest would shrink by 28% this year and more fields than normal may go unharvested due to drought damage.

About 6 per cent of the state's planted acres would be abandoned, according to the latest USDA estimates. But given the drought damage, Kansas State University wheat agronomist Romulo Lollato thinks the abandonment rate would be higher.

"Wheat yields are affected by weather in May, and we've had a really dry May," said Kansas farmer Vance Ehmke. "The trend is not our friend."

U.S. wheat output has been on longer-term decline as farmers favored corn and soybean production, which are more lucrative due to demand from biofuels producers. Seed science also has boosted their yields by 30% or more since 2000, outpacing just 6% for wheat.

Biofuels demand is likely to continue to erode wheat acres as two new soy processing plants are set to open in eastern North Dakota, including one by Archer-Daniels-Midland Company (ADM.N) that will supply Marathon Petroleum Corporation (MPC.N) with soyoil for renewable diesel fuel.

As the planting window in the northern Plains narrows, North Dakota farmers are weighing options that include shifting to soybeans, which can be sown later in the spring than wheat, or filing prevented planting insurance claims.

"It gets pretty tempting to file those claims," Grotberg said. "Once you get into June, you might be lucky to get half a crop. And with costs as high as they are, that's hard to stomach."