Listing dry-spell at NSE persists, both local and foreign

•The low activities especially in the stocks market are not just in Kenya.

•NSE chief executive Geoffrey Odundo urged some of companies that have been orienting with the bourse under Ibuka programme to take advantage of the incentives provided. 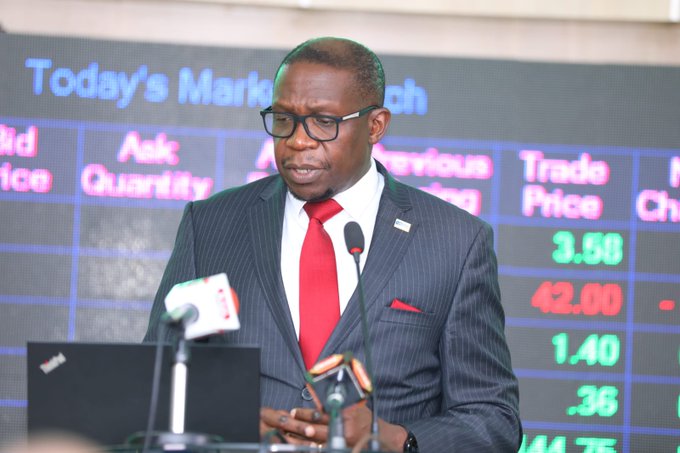 The ongoing volatility in the global market has further complicated the Nairobi Securities Exchange effort to end listing dry spell that has persisted for almost six years now.

Kenya has failed to attract a major Initial Public Offer (IPO) since 2006 when KenGen listed.

The last IPO was in 2015 when property investment fund ILAM Fahari I-Reit was listed on the Nairobi Securities Exchange after raising Sh3.6 billion.

Besides Kenya, other markets that had zero IPOs in the five years to 2021 included Zimbabwe, Central African Republic, and Cameroon, this is according to a report by business advisory firm PricewaterhouseCoopers (PwC).

IPOs, where a company lists on a stock market while simultaneously raising new capital, are important for deepening capital markets and maintaining their vibrancy.

Speaking at the launch of NSE Barometer on Tuesday, NSE chief executive Geoffrey Odundo urged some of the companies that have been orienting with the bourse under Ibuka programme to take advantage of the incentives provided.

Ibuka is a premium incubation and acceleration programme incorporated by NSE in 2019 to accelerate the growth and development of leading enterprises in Kenya.

It has two boards, the Incubation Board and the Acceleration Board that is aimed at supporting Small and medium-sized enterprises (SMEs) as well as high growth companies easily access capital markets.

The programme has so far attracted 28 companies.

This is the second programme NSE has come up with after the Growth Enterprise Market Segment (GEMS) which only attracted five listings between 2013 and 2020, compared to an annual projection of at least three companies.

The NSE has been lobbying the government to bring more state corporations to the market as a means of expanding the number and diversity of publicly traded firms.

There are also tax incentives for companies going public but owners of private firms have so far not responded to the advantages of listing.

The volatility stoked by the war in Ukraine and soaring inflation set investors on edge and inhibited deals.

"These sentiments have equallyNew companies going public replace those that have delisted after being acquired as well as those that go bankrupt. translated to depressed capital markets activity in the international capital markets with minimal initial public offerings recorded in Q1.2022," CMA said.

About $65 billion has been raised via IPO around the world so far this year, down 70 percent from $219 billion in the first three months of last year.

This puts the global market on track for the lowest quarterly proceeds since the onset of the Covid-19 pandemic in 2020.