Unregistered SIM cards in Kenya will be deactivated by April 15.

•A spot check by the Star on Wednesday revealed that there were long queues in different towns with the deadline only nine days away.

•Unregistered SIM cards in Kenya will be deactivated by April 15 as the government steps up the fight against crime and improve data accuracy. 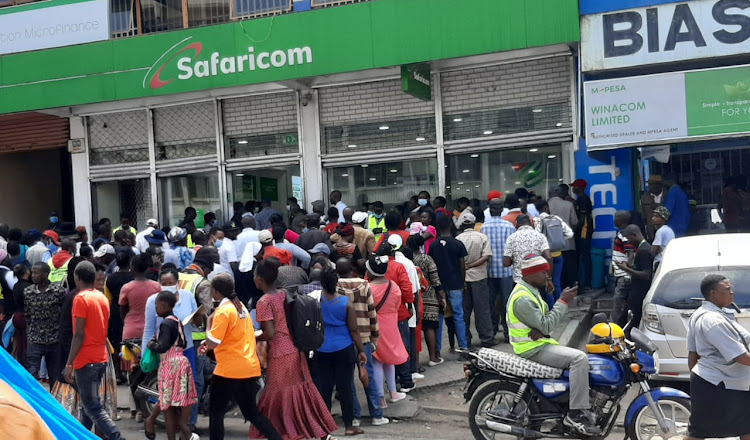 Kenyans are now rushing to register their SIM cards ahead of the April 15 deadline.

Long queues were witnessed in a number of registration centres across the country ahead of the deadline only nine days away.

Unregistered SIM cards in Kenya will be deactivated by April 15 as the government steps up the fight against crime and improve data accuracy.

In Nakuru, there were crowds at various registration centres as telco agents fastened the data update process.

Communications Authority (CA) has already ordered all mobile network operators to speed up the data cleanup exercise, adding that no more time will be added.

This is the third time in a decade the regulator is coming up with a deadline to switch off the SIM cards after a similar attempt in 2012 and 2018.

According to the authority, mobile operators and subscribers have had enough time to conduct the cleanup exercise as per their request in 2018.

''This has been an ongoing process over the last few years, the planned switch-off follows an audit that has unearthed loopholes in adherence to SIM card registration laws by mobile network operators,'' the authority said.

The regulator urged mostly subscribers with SIM cards of more than 10 years to visit their providers to update their data. It, however, indicated that most operators have recorded impressive compliance in the past four years.

"There is no need to protect consumers and the general public from criminal elements who exploit a lacuna in SIM registration. Many people have fallen prey to fraudsters,” CA said in a statement.

The data cleanup exercise in 2012 saw 80 per cent of SIM cards registered with six million that had not been properly documented blocked.

The Communications Commission of Kenya (CCK) (now CA) accused some operators of laxity because of differing interests.

Parents are required to give a child's details when registering SIM cards for them.
News
1 month ago

CA to switch off unregistered SIM cards by April 15