•A crate of eggs is currently retailing at Sh460 from Sh360 in February while one egg now sells at Sh15 to Sh17 from Sh12 previously.

•The cost of eggs, tomatoes, cooking oil, onions, vegetables and other food items has pushed the middle class Kenyans to opt for other sustainable meal options. 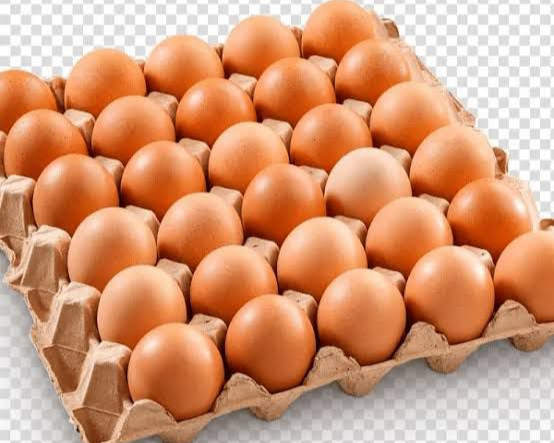 a crate of eggs
Image: Coourtesy/tajmall.ng

The rising cost of basic and daily consumables by households is pushing some Kenyans to cut back on their favorite meals including Ugali mayai.

The cost of eggs, tomatoes, cooking oil, onions, vegetables and other food items has pushed the middle class Kenyans to opt for other sustainable meal options.

Linet Agutu a hairdresser in Nairobi says she has now switched to eating more grains such as beans and green grams and only eats eggs once a week due to the rising cost of eggs.

A spot check by the Star  over the weekend in Nairobi’s Kayole, Kariobangi, Kangemi and Westlands shows the cost of a crate of eggs has jumped over Sh100 in less than a month.

A crate is currently retailing at Sh460 from Sh360 in February while one egg now sells at Sh15 to Sh17 from Sh12 previously.

This is the plight of millions off Kenyans who are struggling to make ends meet, amid a rising cost of living.

The rising cost of eggs has been attributed to low production occasioned by high cost of feeds.

Zachary Munyambu, a poultry farmer in Kiambu in a past interview with the Star said the cost of producing a day old chick until it reaches five months has increased from Sh550 to Sh850.

"Farmers are not bringing in the same quantity (of eggs) as before. There is very little profit if the price of feeds is going up now and then," Edwin Owino, a trader at Westlands told the Star.

Owino gets his eggs supply from his sister's poultry farm in Siaya but now says the high cost of animal feed is  threatening the existence of the farm which has over 2,500 chicken.

He says if the high cost of animal feeds is not addressed immediately, the economy will not grow and food security in the country will be affected.

On its part, the Association of Kenya Feed Manufacturers (AKEFEMA) has absolved itself from blame saying the sector is also facing a myriad of challenges that are impacting negatively on the industry.

AKEFEMA Secretary General Martin Kinoti in an interview with the Star confirmed that the country is currently facing a crisis in the animal feeds sector.

He said the price of raw materials for animal feeds has skyrocketed occasioned by a bad maize harvest season in the region which include Tanzania and Unganda.

"The prices of wheat internationally has gone up significantly and we use products of wheat to make animal feeds. So now food is being imported from Uganda which impacting farmers in Kenya," Kinoti said.

However, he says the association has recommended several possible solutions but the government has been reluctant to accept it. 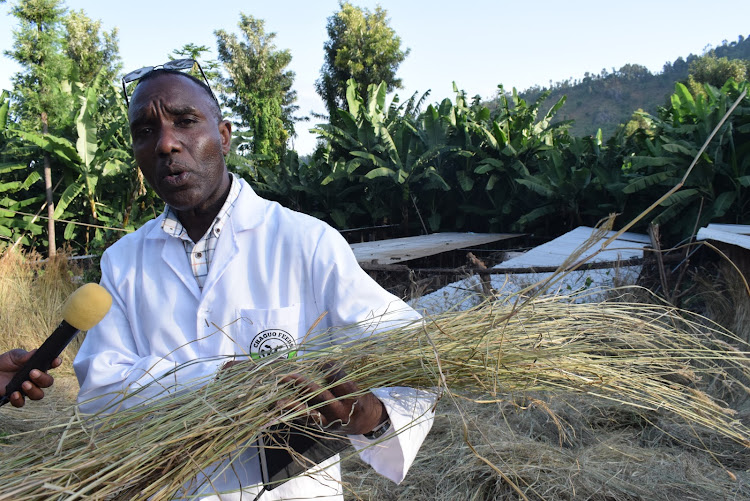 Association of Kenya Feeds Manufacturers secretary general Martin Kinoti he says that farmers have been complaining about the high cost of animal feeds in the country.
Image: Dennis Dibondo

The animal feeds manufacturers have been seeking approvals to import yellow maize for feed manufacturing which he says is cheaper than white maize and produces a feed of higher quality.

But through a gazette notice issued on December 10 last year, Agriculture CS Peter Munya exempted import duty on importation of non-GMO raw materials used in the manufacture of animal and chicken feeds.

Apart from eggs, Kenyans are also decrying the cost of food commodities such as tomatoes, vegetables, onions, cooking oil, maize meal and others.

A 400gms loaf of bread which was going for Sh50, has gone up to Sh60 putting pressure on households budget.

A packet of milk previously sold at Sh50 and 2kg packet of sugar going for Sh210 have all gone up to Sh60 and Sh270, respectively.

Meanwhile, the size of vegetables sold in various markets across the county continue to reduce even as prices remain high.

Even so, fertiliser prices have been on the rise in the past one year. A 50kg bag of DAP fertiliser has shot from Sh2,500 to about Sh5,000, affecting prices of farm produces.

In its monthly fuel retail price review last week, the Energy and Petroleum Regulatory Authority (EPRA) announced a Sh5 increase on a litre of super petrol and diesel.

The price of kerosene mostly used by rural and urban families for cooking and lighting however remained unchanged, at Sh103.54 per litre.

Last week, the Kenya Association of Manufacturers (KAM) warned of a surge in the commodity process as the ongoing Russia/Ukraine crisis continues to hurt the global supply chain.

“Considering that a large portion of the pump prices constitutes taxes and levies, fuel prices can only be expected to rise to the detriment of manufacturing and the economy well-being of Kenyans, “ Kenya Association OF Manufacturers CEO Phyllis Wakiaga said.

This will adversely increase the cost of commodities, resulting in more pain for consumers, who are already struggling to make ends meet.

Goods and services to cost more on high fuel prices

Petrol and diesel prices up by Sh5

The marketers had projected a litre of super petrol to go above Sh150.
Business
3 months ago
by SHARON MAOMBO Business Writer
Business
29 March 2022 - 09:00