FDI flows have rebounded, globally, in half year ended 2021, as per the latest United Nations report

• The UAE is one of the world’s top 20 economies in terms of FDI and is ranked 11th in the world for Ease of Doing Business and first in the region.

• Developed economies’ FDIs increased more than threefold in the first half of this year, hitting $424 billion. 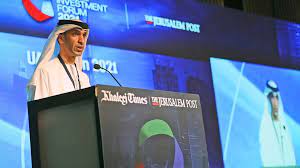 This emerged through a concept for the Annual Investment Meeting that is slotted for March 29-31 next year in Dubai.

The country's Ministry of Economy and Annual Investment Meeting in a statement expressed keenness on continuing to create investment opportunities and innovative economic and business strategies, whilst fully supporting recovery and subsequent changes to the global economy.

AIM is an initiative of the UAE’s Ministry of Economy.

The UAE is one of the world’s top 20 economies in terms of FDI and according to the Minister of State for Foreign Trade Thani bin Ahmed Al Zeyoudi, it is is ranked 11th in the world for Ease of Doing Business and first in the region. This indicates the country’s strong economic performance.

"Together, we will make the UAE the best investment destination in the world,"Al Zeyoudi said in the statement.

The AIM’s next edition — to be held with the theme of “Investments in Sustainable Innovation for a Thriving Future” — will focus mainly on endorsing and boosting investments towards sustainability and innovation through key activities under the FDI pillar, the statement said.

FDI flows have rebounded, globally, in half-year ended 2021, as per the latest United Nations report.

Developed economies’ FDIs increased more than threefold in the first half of this year, hitting $424 billion. Contrary to previous forecasts, global FDI prospects for the full year have improved, the UNCTAD report showed.

This has also been evident in FDIs into East and Southeast Asian countries, which saw a rise of 25 per cent.

UAE was one of the first countries in the world to launch stimulus packages and initiatives to provide the necessary support to the economy’s various sectors and adapt to pandemic-related challenges.

"The country’s resilience and relentless pursuit of successful economic transformation and sustainability are clearly manifested in the high global rankings it has achieved," the statement said.

According to Al Zeyoudi, with Expo 2020 Dubai, they are now looking forward to collaborating with other organisations and partnering with the best ideas in the world to shape the future.

“To achieve our goal of attracting foreign direct investment, we offer a number of incentives to investors, such as zero personal income tax, 100 per cent foreign ownership, and a 10-year golden visa," he said.

The 2022 activities are designed to boost investment opportunities extensively in various sectors.

They will also establish a digital competitive investment infrastructure.

President of the AIM’s Organising Committee Dawood Al Shezawi said that since the Covid-19 pandemic, the Annual Investment Meeting has undertaken various innovative and technologically driven initiatives to transform the economy towards an upward direction.

The platform has continued to drive investments through smart solutions.

“It has also pushed for the development of several projects that add value to investors and the economy in general. AIM recognises the UAE’s continued success and will serve as in instrument to further establish future economic developments and boost FDI flows worldwide,” he said.

In September this year, officials said UAE plans to deepen its trade ties in fast-growing economies in Asia and Africa, and draw $150 billion in foreign investment from mainly older partners to reposition itself as a global hub for business and finance.

According to Horn Institute for Strategic Studies, the UAE has through strategic political alliances, investment in development projects, humanitarian aid, security arrangements, and emboldened diplomacy, been steadily expanding its presence and influence across Africa.

A study by the institute titled Africa-Middle East Relations: Interests, Strategies, Interventions, and Impact, reveals that of the major Gulf states and Turkey, UAE is the most assertive throughout Africa and the second largest foreign investor after China.

Its heavy footprint is in the Horn of Africa — Somalia, Ethiopia, Kenya, South Sudan, Sudan, Djibouti and Eritrea —, where, a combination of strategic choices and intentional policies including safeguarding commercial interests and evolving geopolitics among the Gulf Cooperation Council have spurred UAE’s growing engagement and presence.

The growth is attributed to the country’s effort to decrease its dependence on volatile agricultural markets
Business
2 months ago
by ELIUD KIBII Subeditor and writer
Business
31 December 2021 - 04:00