Top companies to be feted in a major industry leaders award

• This year’s award has received huge backing from various industry players that are partnering with Jubilant Stewards of Africa (JSA), a Non-governmental organization, to make the award ceremony a success. 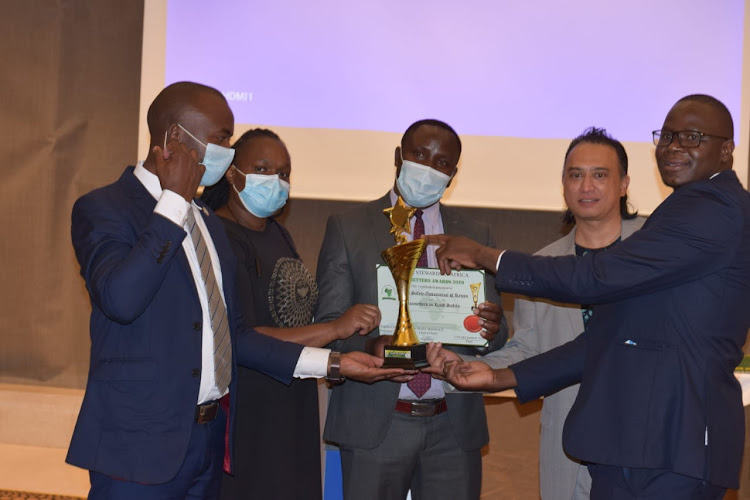 Top Companies are set to be recognised in an annual award dubbed Pacesetters Awards (PSA) Kenya on December 17, in Nairobi.

This year’s award has received huge backing from various industry players that are partnering with Jubilant Stewards of Africa (JSA), a Non-governmental organization, to make the award ceremony a success.

Some of the sponsors and partners of the award that will be unveiled in a week’s time during a joint statement include a Kenyan mobile Network Operator and telecommunications firm, a regional motor dealer, Microfinance, a bank and a Media House that will help spur visibility for the firms.

The organizers of this industry leadership awards are set to release the list in a week’s time in a Press Conference to be held in a hotel in Nairobi.

According to the sources privy to the top list, some of the companies that will feature in the list include last year’s award winners like Quipbank Trust Limited, Digital lender Zenka Finance, Thika Based Blue Nile Rolling Mills, Mombasa based Myspace Properties Ltd and the Kenya Union of Clinical Officers (KUCO).

Quipbank which is an equipment rental firm was second runners up in the last KPMGs Top 100 awards and Myspace Properties was in the top 15 in the same KPMG Survey.

The award features organizations, individuals, businesses and government agencies who over the years have demonstrated exemplary leadership, outstanding innovation, quality products and services, growing the economy as well as positively transforming the society.

PSA awards seek to encourage these groups to go beyond the call of duty in their service to humanity.

It doesn't only consider companies’ excellence in the industry but also contemplates the service delivery processes involved and how organizations make special efforts for the benefit of humankind.

It is also committed to endorsing the best industry leadership ethics and practices.

Commenting on the awards, the Vice Chairman of Kenya Association of Stock Brokers & Investments Banks (KASIB), FA Amish Gupta said ethics plays a critical role in becoming a pacesetter in business and industry leaders and is the moral philosophy, the discipline concerned with what is morally good and bad and morally right and wrong.

“Ethics is the process of questioning, discovering and defending values, principles and purpose. It’s about finding out who you are and staying true to that in the face of temptations, challenges and uncertainty. The Pacesetters Awards has validated my approach to the need for a Capital Markets Ethics Framework Improvement Initiative to deliver to investor expectations,” said Gupta.

To come up with the list of Pacesetters Awards nominees, Jared Oundo, The Executive Director, Jubilant Stewards of Africa said that the survey takes a whole year to be completed.

As the nomination for this year began on 1st November 2020 and closed on 1st November 2021 and currently, the team is going through the list of nominees to reduce it to 100 firms prioritizing those who took the initiative to apply on their own.

The awards organizing team is currently contacting the awards nominees in the last-minute analysis before formally publishing the entire list on their website and sharing it with the media.

“The award winners are intensely scrutinized and selected competitively through a procedure that encompasses a public vote and a panel of judges who are professionals with admirable achievements, respected in their respective industry and professionals of unquestionable integrity and character. The judges work independently and fairly without any biases towards any candidate or company,” he said.

Unlike most awards held in Africa, the Pacesetters Award is always a “People’s Choice” award where those attending the event will choose their overall winner.

This is done to give the attendees an element of control and ensure that they’re invested in the night and the Chief Pacesetter is not imposed on them.

The awards are based on the Performance Index (OPI) where processes and systems are scrutinized and benchmarked to globally accepted standards.

“I would like to thank the Jubilant Stewards of Africa team for the work they are doing and for putting this award together. I would also want to thank my team across the entire region for their dedication and excellence that has seen us receive this recognition.”

Hasnain Meghji ,CEO of Masumali Meghji Insurance Brokers Ltd narrated how beneficial it was to the company to be recognized last year as the pacesetter in customer service.

He noted that being honoured provided great impact far beyond what he anticipated and mainly through, intrinsic motivation and increased morale for his team, far-reaching and impactful publicity, and instant credibility with potential clients, talent attraction and also as a platform to differentiate himself from his competitors.

He added that in return, he performed exceedingly well for the benefit of humankind.