• Munya said the committee resolved to increase prices based on the cane price on the average ex-factory sugar price of Sh4,770 per 50kg bag for October 2021.

• The CS noted that the sugar industry has witnessed a steady increase in sugar production. 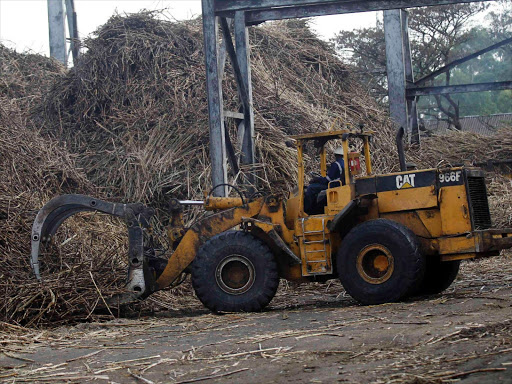 It is good news for sugarcane farmers after the government approved a price increase of more than Sh200 per tonne.

Agriculture Cabinet Secretary Peter Munya in a statement raised  issued on Thursday approved the price increase from the current Sh3,833 per tonne to Sh4,112 per tonne, effective November 18th, 2021.

Munya said the pricing committee resolved to increase the  cane price based on the average ex-factory sugar price of Sh4,770 per 50kg bag for October 2021.

The Crops (Sugar) (General) Regulations, 2020 specifies the various requirements for contracts/agreements between cane growers and millers, handling, and supply of sugarcane.

The regulations provide for a Sugarcane Pricing Committee responsible for developing the cane pricing formula and reviewing cane prices.

"The payment for cane on the basis of set prices shall be done weekly. The sugarcane price calculated using the simplified formula is largely dependent on the sugar prices as all the other parameters are fixed over a longer timeframe," said Munya.

He said the sugar industry has witnessed a steady increase in sugar production attributing this to enhanced investments by the government and private sector players.

"Cumulatively, sugar production in January – October 2021 was 577,807 tonnes compared to 514,727 tonnes produced in the same period last year, indicating a 12 per cent increase," he said.

The projected sugar production in 2021 is estimated at over 660,000 metric tonnes.

The CS said production price increase is due to improved availability of cane in all sugar growing areas. This has been brought about by favourable weather conditions and improved cane prices.

Munya directed millers to adhere to the new prices while making payments to the farmers.

"Any farmer being paid less should report to the Agriculture and Food Authority (AFA)for redress," he said.