Price of petrol has gone down by Sh1.42 per litre.

•That of Diesel and Kerosene have also gone down by Sh2.21  Sh2.10 respectively.

The pump price for super petrol has dropped by Sh1.42 per litre in the latest review by the Energy and Petroleum Regulatory Authority.

That of Diesel and Kerosene have also gone down by Sh2.21  Sh2.10 respectively.

Petrol has decreased from Sh107.27 a litre that it has retailed for in the past one month in Nairobi.

Diesel drops from Sh92.91 a litre while Kerosene, used for lighting and cooking by poor households, has dropped from Sh83.73 a litre.

EPRA director general Pavel Oimele in a statement said the changes in this month’s prices are as a result of the average landed cost of imported super petrol decreasing by 4.45 per cent from $331.37 per cubic meter in September 2020 to $316.64 per cubic meter in October.

Over the same period, the mean monthly US Dollar to Kenya Shilling exchange rate depreciated by 0.49 per cent from Sh108.60 per dollar in September to Sh109.14 in October. 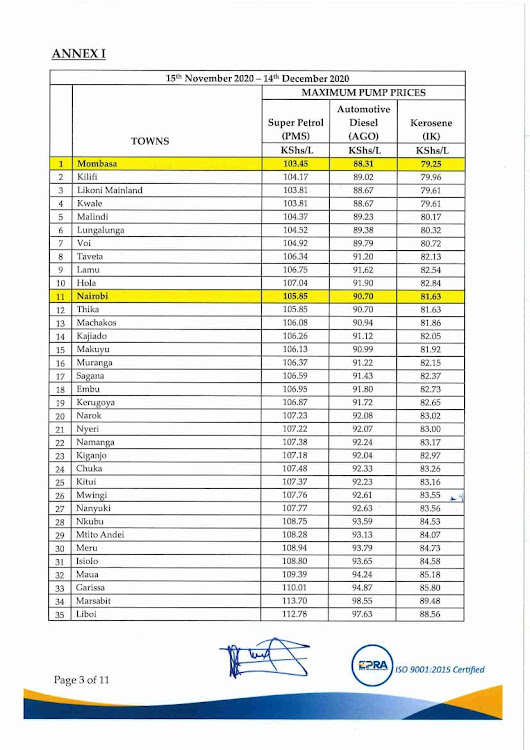 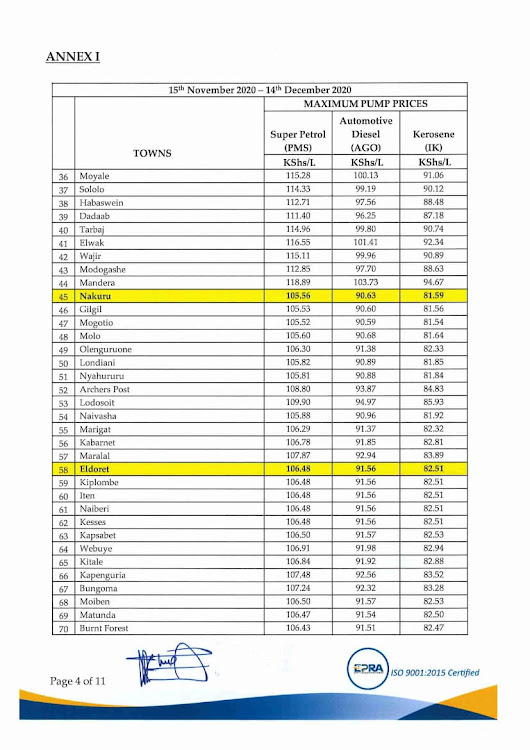 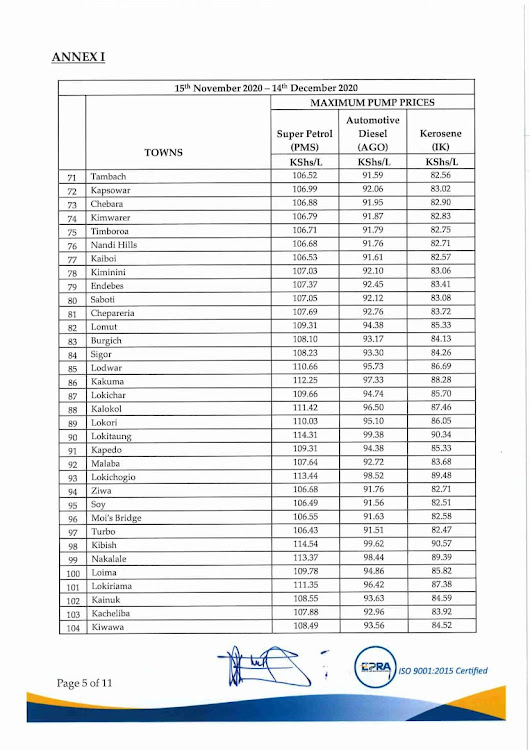 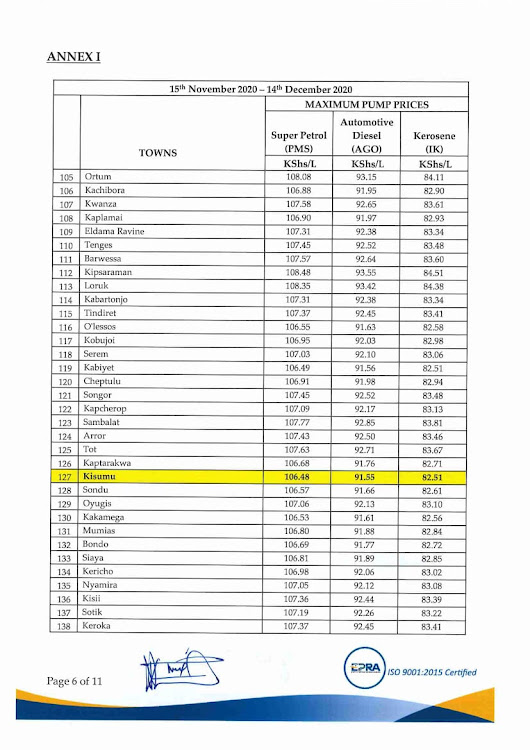