•The facility was planned to have been commissioned by President Uhuru Kenyatta in November last year.

•Rival projects between Uganda and Tanzania, including the $3.5 billion (Sh381 billion)Uganda–Tanzania Crude Oil Pipeline (UTCOP), are among those that have left Kenya in the cold. 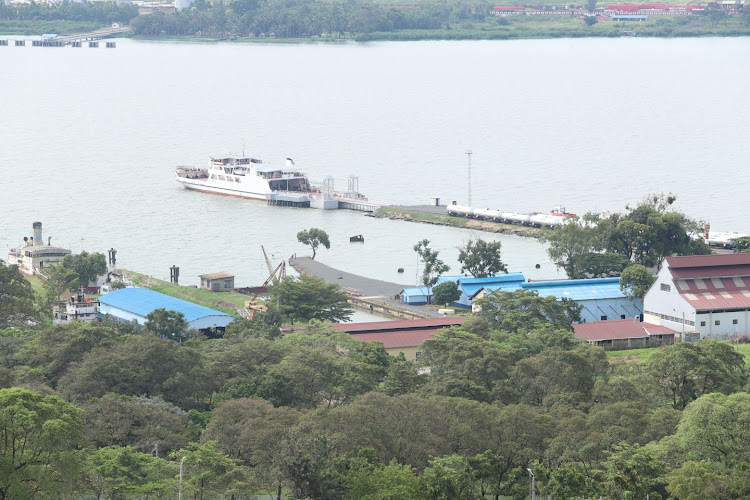 Lack of political goodwill and rival regional projects are proving to be a headache for Kenya's ambitions to commission and fully operate the Kisumu Port, shippers have noted.

Refurbishment of the facility at a cost of Sh700 million was completed in September last year, but its commissioning is yet to take place one year later, with the government shifting dates for its launch.

The facility was planned to have been commissioned by President Uhuru Kenyatta in November last year.

It was later pushed to January this year, an event the government has gone mum on to date, despite the President making several visits to the Lakeside city.

In August, President Uhuru Kenyatta made a low key visit to Kisumu where he made an impromptu tour of the port, which took about 40 minutes.

His most recent visit is last week when he landed at the facility during his tour of the region, with residents hoping he would address the delayed commissioning of the port which is expected to open up regional trade and create employment.

Rival projects between Uganda and Tanzania, including the $3.5 billion (Sh381 billion)Uganda–Tanzania Crude Oil Pipeline (UTCOP), are among those that have left Kenya in the cold, according to shippers.

The Shippers Council of Eastern Africa(SCEA) yesterday said infrastructure development between Uganda and Tanzania remain a threat to Kenya's Kisumu Port, even as it questioned why the has remained quite on the project.

"We have received about two invitations to its launch which have all never taken place.There is no much information about the port. Everybody is in the dark,” SCEA chief executive Gilbert Langat told the Star yesterday.

He cautioned that failure to put the facility into full use will deny Kenya an opportunity to tap into the Lake Victoria trade network, that links Kisumu to the Musoma, and Bukoba ports in Tanzania and Entebbe and Port Bell in Uganda.

“If we develop infrastructure and don't use it, business will not wait, people will look for alternatives,” Langat noted.

Tanzania is also said to play protectionism for its Mwanza, Musoma and Bukoba Lake facilities as it eyes landlocked Uganda as a key transit destination through Entebbe, Port Bell and Jinja.

"The choice of Uganda to work closely with Tanzania is something we need to worry about. We need to have a concersation at the regional level,"Langat said.

Silence on commissioning of the port has since left Kenyan traders and business community in the dark.

Efforts to reach the Transport CS James Macharia for comment proved futile after our calls and text messages went answered.

Interior Principal Secretary Karanja Kibicho had in August said the opening was being delayed due to the Covid-19 pandemic.

“This project was meant to be opened a long time ago, but we have to blame Covid-19,” Kibicho said during a courtesy call to the Nyanza Regional Commissioner.

He yesterday led a team of over 10 Principal Secretaries on inspection of National Government projects in Lamu county, including the Port of Lamu.

The visit comes a week after last the Star reported (last Wednesday) that the manufacturing and delivering of equipment for Lamu Port has been derailed by Covid-19, which is among reasons the facility is yet to be commissioned despite being ready to handle vessels.

In Kisumu, Kenya Railways has taken over operations of the port after the recent merger of Kenya Ports Authority, Kenya Pipeline and railways operations , into the Kenya Transport and Logistics Network (KTLN), coordinated by the Industrial and Commercial Development Corporation (ICDC).

"It is true Kenya Railways have been given the mandate to run the port since we dont have much to handle," a port official told the Star yesterday.

It shipped the first consignment of  22 wagons loaded with 894,000 litres of diesel last December, with no major containerized nor conventional cargo activities at the facility, which is worrying the business community.

All along, Uhuru has been expected to open the port alongside his Tanzanian, Ugandan counterparts John Magufuli and Yoweri Museveni, who are currently on elections mood.

This means Kenya will have to wait longer for any chances of a collaborative launch.

TEU stands for Twenty-Foot Equivalent Unit which can be used to measure a ship’s cargo carrying capacity.

“It (Kisumu Port) will handle all types of cargo,” KPA management told the Star.

TradeMark East Africa has vouched for Kisumu Port as a key facility the will boost trade within the East Africa Community.

According to TMEA, water transport is the cheapest and most inclusive mode of transport.

Unfortunately, water transport is also one of the most under-developed and under-utilised modes of transport in East Africa, TMEA notes, calling for improvement of Lake port facilities.

has been under utilized for over 20 years, with its refurbishment being an effort by the government to revive lake region trade.

Post a comment
WATCH: The latest videos from the Star
by MARTIN MWITA Business Writer
Business
02 November 2020 - 04:00
Read The E-Paper