•The country is counting on the Integrated National Export Development and Promotion Strategy, an export diversification plan unveiled in July 2018.

•Trade is currently in favour of China with Kenyan imports valued at approximately Sh390 billion annually, against exports of Sh11 billion. 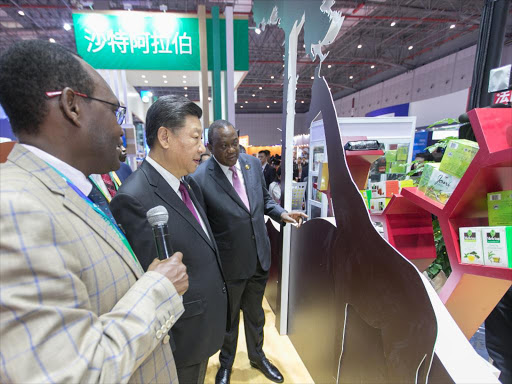 Kenya is working on reducing the huge trade deficit with China by securing more market for its exports in the East Asian country, Trade and Enterprise Development Cabinet Secretary Betty Maina has said.

This is mainly on agricultural products, riding on the Integrated National Export Development and Promotion Strategy, an export diversification plan unveiled in July 2018.

According to CS Maina, the country is tightening phytosanitary requirements and conformity which will make more produces acceptable in the international markets.

“We are improving our competence which will ensure we have more access to markets,” CS Maina told the Senate Committee on Tourism, Trade and Industrialisation this week.

The country is keen to grow its exports of other farm produce such as flowers, mangoes, french beans, peanuts, vegetables, meat, herbs, bixa and macadamia to China.

In 2018, the two countries signed a food, plant and animal safety agreement that provides the framework for the export of fruit, vegetables, flowers and meat to China.

If successful, it will help bridge the trade deficit, even as China remains among top import sources for the country.

Trade is currently in favour of China with Kenyan imports valued at approximately Sh390 billion annually,against exports of around Sh11 billion.

Trade experts worry of state's tactics in trade with China

Other markets are Japan, UK, US, Germany, Netherlands, and France.

“We want to guarantee a predictable export market,” the CS said, noting that the Integrated National Export Development and Promotion Strategy remains critical in the country's trade expansion.

It is driven by the overriding national goal of closing the balance of trade deficit through export growth, factor productivity and stimulating overall factor employment and economic development.

The targeted export growth rate that will deliver a balance of trade surplus by 2022 is estimated at an average annual growth rate of 25 per cent.

Chinese imports from Kenya increased by 74.13 per cent in the first six months of last year, as the country reaped from an aggressive diplomatic charm offensive by the government in the past three years.

During the period, China bought goods worth Sh7.48 billion, compared to Sh4.30 billion it ordered in the same period in 2018.

China remains a key infrastructure and economic development partner with Kenya, something the government is keen to ride on to build a stronger export market for Kenyan goods, mainly crop produces.

Post a comment
WATCH: The latest videos from the Star
by MARTIN MWITA Business Writer
Business
08 August 2020 - 08:00
Read The E-Paper