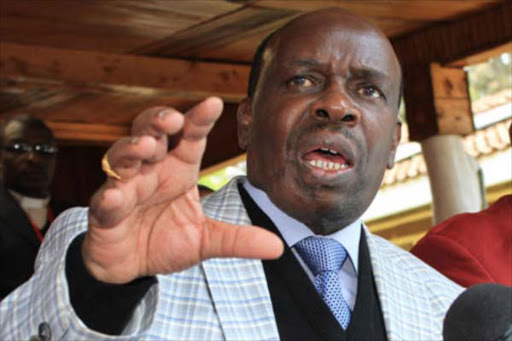 Kenya could face a food shortage in the coming months due to a sharp demand for food yet production is weighed down by the high price of farm inputs.

According to the Agricultural Employers Association (AEA), there is an urgent need to address the current high prices of farm inputs and also support farmers to cope with the effects of the coronavirus pandemic.

Already, the chairman of the Strategic Grain Reserve (SGR) Noah Wekesa has raised the concern that the country’s maize stock has run out.

AEA  chief executive Wesley Siele, said there is a need to support farmers mainly in the country’s food basket in the wake of the current crisis.

“We fully support interventions by the State in fighting the pandemic but we should not forget the farming sector which is critical in this fight,” he said.

“We need to address the issue of food security in the coming months by supporting farmers at this planting season as failure to do so will lead to a food shortage in the future,” he said.

Siele said despite the president's order for VAT refunds two weeks ago nothing has been forthcoming.

Former MP, John Mututho said food consumption had risen with many families locked in their homes.

He said the government should waive tax on all farm inputs to boost food  production.

Mututho said some farms in Naivasha are already sending tens workers home which could lead to a major socio-economic problem.

“Naivasha is home to tens of flower farms and hoteliers and nearly all their workers have gone home meaning there is a looming crisis in the coming days,” he said.

Post a comment
WATCH: The latest videos from the Star
by GEORGE MURAGE CORRESPONDENT
Business
10 April 2020 - 13:00
Read The E-Paper