Vivo Energy, Total and Ola Energy have volunteered to produce alcohol-based sanitisers to meet the rising demand of the disinfectant.

•The companies are using ethanol availed by government which has released 18 containers of the product that had been impounded at Port of Mombasa.

•The OMCs are processing the sanitizers at their respective Nairobi depots. 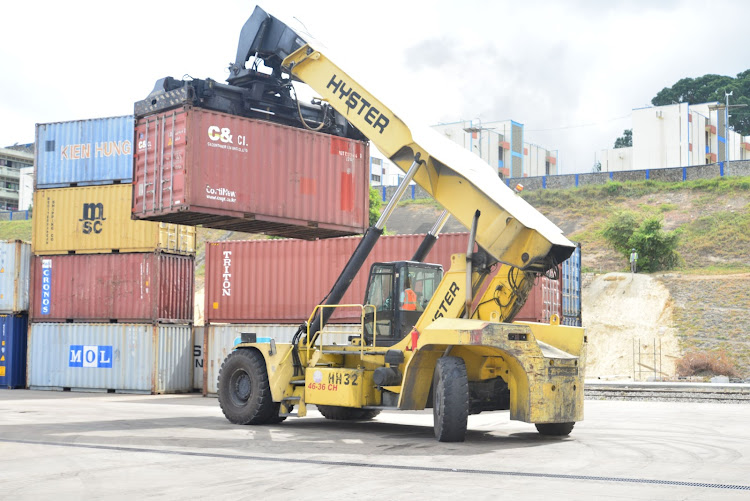 Three major oil marketers are expected to produce at least 20,000 litres of sanitisers daily to support the government's fight against the spread of coronavirus.

Vivo Energy Kenya, Total and Ola Energy (formerly OiLibya) have volunteered to produce alcohol-based sanitisers to meet the high demand for the disinfectant.

The government plans to freely distribute the sanitisers to the most exposed individuals and sectors of the economy like the Public Service Vehicle Operators.

The programme also targes densely populated areas among them Kibera, Mukuru and Mathare slums in Nairobi, eateries along Mombasa road, and the Likoni ferry among others.

The move was taken in view of the steep rise in prices following a spike in demand.

The 18 containers with 396,000 litres of the product were impounded over tax-related issues and smuggling.

The consignment of the ethanol released last week was being held at the Port of Mombasa and various Container Freight Stations (CFSs).

Kenya Pipeline Corporation (KPC) is in charge of the distribution of the product to the manufacturers.

“Every container received from the customs department had 20,000 litres of ethanol and therefore 20,000 litres of sanitisers will be manufactured per day in the terminals, packaged and distributed in the country,” KPC managing director Macharia Irungu said.

A multi-agency team including Kenya Revenue Authority and Kenya Ports Authority is overseeing the release of the ethanol which commenced last week.

“We have loaded the first four containers and immediately the four are delivered we will ensure that the rest of the containers are transported,” KPA general manager operations and harbour master Captain William Ruto said in a statement.

KRA commissioner for customs and border control Kevin Safari said the multi-agency team will supervise the blending to ensure the ethanol is strictly used for the manufacture of the sanitisers.

The oil marketers are processing the sanitisers at their respective depots located in Mombasa.

The three oil companies lead in the country's lubricant market with Total controlling 38.5 per cent of the market share followed by Vivo Energy at 35.5 per cent while Ola Energy is third with an 11.1 per cent share, in a market that has 13 key players.

Ethanol, which can be used as a disinfectant and antiseptic is a key component in the production of alcoholic drinks and alcohol-based hand sanitisers.

Post a comment
WATCH: The latest videos from the Star
by MARTIN MWITA Business Writer
Business
24 March 2020 - 04:00
Read The E-Paper