US Products like pharmaceuticals, plastics, industrial machinery, paper board and agro-processed products are likely to give competition to locally produced products 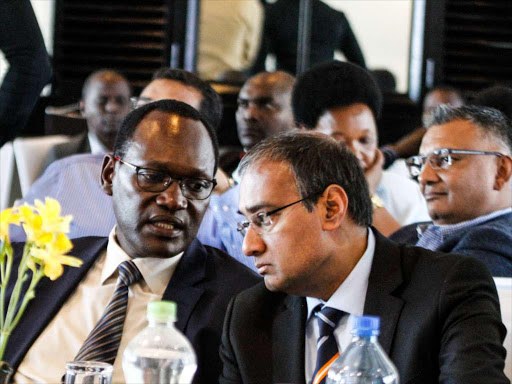 The proposed Free Trade Agreement between Kenya and the US may end up stunting the manufacturing pillar under President Uhuru Kenyatta’s Big Four Agenda if progressive policies are not put in place.

According to manufactures, Kenya is likely to face stiff competition by American products domestically once the trade pact comes into play.

This as the US has a stronger manufacturing sector meaning their products are likely to be more competitive than the locally produced commodities.

“US Products like pharmaceuticals, plastics, industrial machinery, paper board and agro-processed products are likely to give competition to locally produced products,” Kenya Association of Manufacturers said.

KAM added that this could consequently depress Kenya’s exports because local production of goods is likely to decline.

“To transform Kenya into a competitive industrial hub, we must implement effective strategies to drive the growth of local industries whilst encouraging new investments,” Kenya Association of Manufacturers chairman Sachen Gudka said.

Manufacturers also expressed fears that the Kenya-US trade pact could further dampen trade with the EAC block with the country obliged to adhere to the Common External Tariff.

“A bilateral agreement with the US without the involvement of other EAC partner states is likely to cause jitters and further complicate deepening of integration efforts in the region,” Gudka said.

A fortnight ago President Uhuru and his counterpart POTUS Donald Trump announced the commencement of talks aimed at establishing a trade pact between the two nations.

Currently, trade between Kenya and the US stands at about Sh100 billion a year with over 70 per cent of Kenya's export into the expansive American market in 2018, worth Sh46.6 billion, entering under African Growth and Opportunity (AGOA)

Local manufacturers said a clearer picture of the impact of the FTA will emerge once the tariff liberalisation modalities are agreed upon by the two parties.

Kenya is already facing stiff competition from imports from Egypt under COMESA, with the Africa Continental Free Trade Area set to come into effect on July 1, expected to bring more competition from South African goods, which are currently facing an EAC customs duty rate of 25 per cent.

“Clearly, preferential market access is a necessary but not sufficient condition to guarantee success in terms of exports,” Gudka said.