•IMF however warned that although high remittance can provide a foreign exchange buffer, it can have negative effects on receiving countries 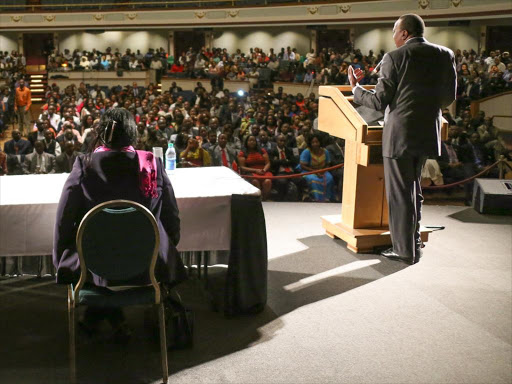 President Uhuru Kenyatta when he addressed the Kenyan diaspora in Massachusetts at Lowell Memorial Auditorium in US.
Image: FILE

Kenya is among few countries in the world whose diaspora remittance is likely to grow despite volatility in the global economy, the International Monetary Fund (IMF) has said.

A report by the international lender dubbed 'Remittance Concentration and Volatility: Evidence from 72 Developing Countries' is attributing the growth trajectory to Kenya's rich fintech especially mobile money which is expected to continue easing the financial cost of cross border transactions.

''The financial cost of sending remittances, including via mobile money, will play an important role in boosting inflows as evidenced by Kenya and South Africa,'' the report said in part.

IMF, however, warned that although high remittance can provide a foreign exchange buffer, it can have negative effects on receiving countries.

Results suggest that large remittance inflows are associated with lower volatilities in a statistically significant manner in almost all estimated regressions.

"Quite likely you'll see a large amount of diaspora inflows going into investment in securities. Expect a stabilisation in remittances and diaspora putting investments in government securities," Njoroge said.

The report is coming just a week after Kenya's leading telco, Safaricom partnered with Ria Money Transfer, to empower more than 26 million M-PESA customers to receive international money transfers from over 20 countries across the world.

Transfers sent through Ria will reflect immediately in a customer’s M-PESA balance saving recipients the trouble of currency conversions or having to visit an outlet to receive money sent to them.

Kenya's diaspora remittances have been growing year on year especially after the country announced a two-year tax amnesty in 2016 to aid repatriation of money hidden in foreign accounts.

The latest data from the Central Bank of Kenya shows a total of Sh279.6 billion was sent as of December 31 compared to Sh269.7 billion sent the previous year, with those in US accounting for half of the total cash sent.

IMF's finding contradicts another one by World Bank which had anticipated the lowest growth in Kenya’s diaspora remittance this year on mounting economic concerns in the United States and the United Kingdom where a recession is on the horizon despite strong employment data.

Global remittances have been on the rise, surpassing $500 billion in 2016.

Remittance flows to low-income countries (LICs) are high, reaching around $40 billion in Sub-Sharan Africa or around three per cent of their combined GDP, this, accrediting to IMF

Post a comment
WATCH: The latest videos from the Star
by VICTOR AMADALA Business Writer
Business
30 January 2020 - 04:00
Read The E-Paper