Car importers have projected high monthly imports in December as the year closes for 2012 manufactured vehicles.

• According to the Car Importers Association of Kenya, imports between January and March normally average 3,000 to 4,000 before picking up to 9,000 in the second half of the year.

• The country imports about 130,000 second-hand vehicles annually with the used cars enjoying 85 per cent of market share. 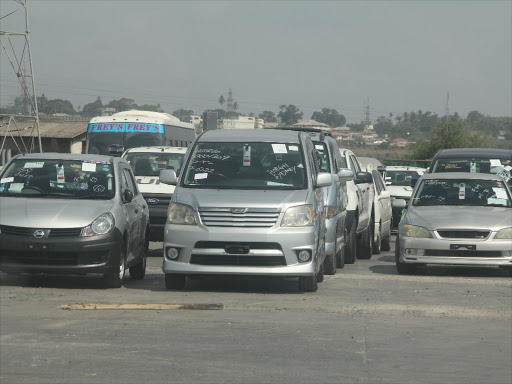 Imports on second-hand cars have risen in November, importers have said, as car dealers and buyers rush to beat the eight-year age limit rule.

Car importers have projected monthly imports could hit a high of 20,000 in December, based on last-minute orders witnessed in the last few weeks.

December 31, is the last day for 2012 manufactured vehicles to be cleared into the country under the age limit rule, meaning importers only have five weeks left.

At least four ships carrying motor vehicles are expected to dock at the Port between Saturday and December 10.

They are conventional vessels-Morning Champion and Jolly Quarzo(November 30) while Morning Menad and Hoegh Kobe are expected at the port on December 4, and December 10 respectively. One vessel-Silver Ray arrived yesterday.

According to the Car Importers Association of Kenya (CIAK), imports between January and March average 3,000 to 4,000 before picking up to 9,000 in the second half of the year.

“Normally between now and December, vehicles coming in are not less than thirteen thousand. It can go up to 15, 000 units,” CIAK chairman Peter Otieno said in a telephone interview.

He said NTSA (National Transport and Safety Authority) should prepare itself with enough number plates while KRA and those dealing with motor vehicles should be ready in terms of clearance.

Otieno said there is already concern among dealers over the slow release of the KCX number plates.

In March, at least 6,000 second-hand cars got stuck at the Port of Mombasa due to a delay in registration and logbooks.

The law requires that all imported vehicle should only be released after full registration.

Kenya Auto Bazaar Association chairman John Kipchumba said sale of used imported cars has not been good this year due to the tough economic environment.

“There is a liquidity problem. Cash started disappearing in June and what we have witnessed this year is low sales,” said Kipchumba.

The country imports about 130,000 second-hand vehicles annually, with used cars enjoying 85 per cent of market share, where an estimated Sh60 billion is spent on these units annually.

State to set up vehicle disposal centres in proposed law

Government plans to boost uptake of locally assembled vehicles while slowly doing away with cheap car imports.
Business
3 years ago

Trade CS Peter Munya says bid to push it to five years suspended for one year.
Business
3 years ago

Kenya not a dumping site for used cars—CS Munya

Munya says the government will not back down.
Business
3 years ago
Post a comment
WATCH: The latest videos from the Star
by MARTIN MWITA Business Writer
Business
28 November 2019 - 09:50
Read The E-Paper