Oduor-Otieno was former KCB Group CEO as well as the Treasury PS.

• He takes over from Charles Muchene who successfully completed his maximum tenure of nine years allowed for independent directors. 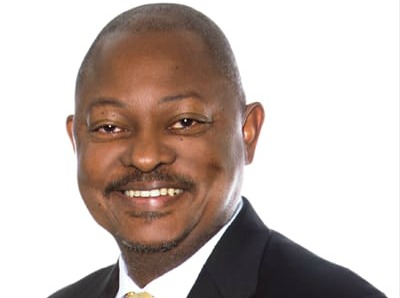 East African Breweries Limited (EABL) has announced the appointment of Martin Oduor-Otieno, currently an independent non-executive director of the firm's board as its new chairman, effective January 1, 2020.

He takes over from Charles Muchene who successfully completed his maximum tenure of nine years allowed for independent directors under the Corporate Governance Code issued by the Capital Markets Authority.

Muchene, the former Country Senior Partner at PricewaterhouseCoopers joined EABL board as an independent non-executive director in February 2011.

He has served as chairman since February 2012.

Under his over five years tenure, the Group has invested over Sh40 billion in capital expenditure in its subsidiaries across East Africa.

Among them include the establishment of an Sh14 billion brewery in Kisumu and Sh900 million spirits line in Ruaraka, Nairobi.

Oduor-Otieno is currently the chairman of Kenya Breweries Limited and UDV (Kenya) Limited both subsidiaries of EABL Group as well as the Board Audit and Risk Committee.

He is an accomplished business leader, having worked more recently with Deloitte East AfricaEast Africa as Partner, and with KCB Group as CEO among other senior private sector appointments.

He also served as Treasury PS and is currently an independent leadership abd governance advisor as well as an executive coach.

The KBL Kisumu brewery, whose construction commenced in mid-2017 has resulted in an increase of the company’s contracted sorghum farmers to 47,000 in Kenya and the creation of 100,000 jobs both directly and indirectly.

EABL Group managing director Andrew Cowan said Muchene will be remembered for made tremendous contribution in expansion of the company’s operations across all the markets it operates.

“Charles has made a huge strategic contribution as a leader in this business and is leaving EABL on a sound footing. His great insights will continue guiding the leadership in shaping the business for the future,” said Cowen.

EABL is to lay off about 150 employees in human resource and finance.
Business
2 years ago

EAST African Breweries has started the process of selling its glass making business few months after it pumped in Sh1 billion into the subsidiary to ...
Counties
7 years ago
by ELIZABETH KIVUVA Business Writer
Business
13 November 2019 - 09:28