US government has ditched the project over costing with concerns it had been inflated by 66.7 per cent.

• Government however says the US has refused to a Public Private Partnership (PPP) mode which would save the country from heavy loans.

• Chinese firms are said to be keen to take up the project as they seek to expand their development portfolio in the country. 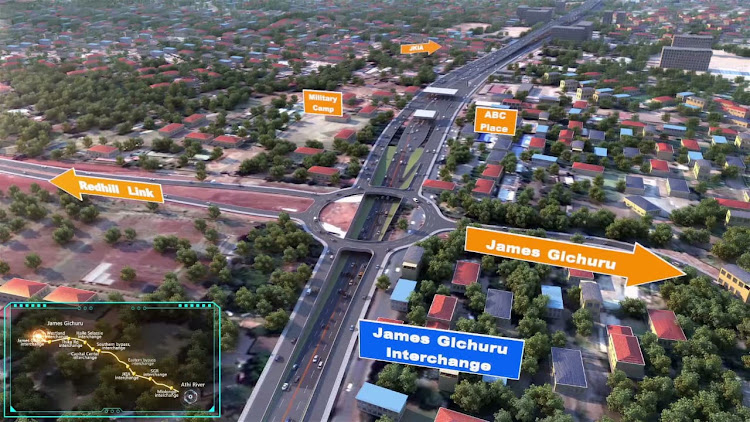 Construction of the 485-kilometre Mombasa-Nairobi Expressway is now at limbo following the decision by the US government to pull out over inflated costs of the project amid under dealings.

The Transport Ministry and Kenya National Highways Authority (KeNHA) yesterday confirmed the government is looking for another investor, with the Chinese hinted to be top contenders for the multi-billion project.

“We shall be able to put it in the market and therefore whoever will be able to give us the best bid, we shall go with that person,” Kenha director general Peter Mundinia said at a business editors’ roundtable in Nairobi yesterday.

It is now clear that the US government has ditched the project which it earlier this year questioned its costing, with concerns it had been inflated by at least 66.7 per cent.

While initial construction costs by the Americans was estimated at $1.8 billion (Sh185.9 billion), government placed the cost at $3billion (Sh309.9 billion) which is Sh124 billion more.

This raised eyebrows leading to the US government temporarily halting the project which was to be e implemented by American construction company-Bechtel International.

US ambassador to Kenya Kyle McCarter had in May said his government was scrutinising the proposal to establish if it offered “value for money for Kenyans”, especially a time when the country is struggling with a ballooning debt.

“We are still working on the finance. Kenya has a challenge of debt and we are wary of burdening Kenyans,” the Envoy had said in an interview.

Inflated costs of infrastructure projects in the country are said to worry the US and other developers such as the Japanese.

“Like all US companies, Bechtel is subject to the Foreign Corrupt Practices Act, which means Kenya has the US Department of Justice on its team to ensure business is conducted without the graft that blocks Kenya’s prosperity,” the US Embassy (Nairobi) Spokesperson told the Star.

The expressways’ ground breaking was set for last year before being pushed to January this year and later to June.

“We were to take it to the market the same time we took the Nairobi-Nakuru- Mau Summit road but that has not happened, as you are aware there was some interest at some stage with the Americans,” Mundinia said.

There were concerns it would affect Uhuru Park.
News
2 years ago

The authority yesterday said the US had refused to a Public Private Partnership (PPP) mode which would see the contactor build, operate and transfer the project to the government, recouping its investment through tolling.

“They never wanted to do it through PPP but government required the project to be done through PPP, because they don’t see the reason why we should borrow for a road like that which has a lot of traffic. It is possible to actually improve it and recoup the money through the tolling,” Mundinia said.

“We are moving closer to it, we want to make sure that Nairobi expressway is up,” he affirmed.

Sources familiar with the project development told the Star Chinese firms are keen to take up the project, riding on the current China-Kenya relation which has seen them secure multiple mega infrastructure projects in the country.

“Don’t be surprised the Chinese developing the proposed JKIA Westlands expressway are given the project. The Chinese are highly likely to win the tender,” a source who sought anonymity said.

Meanwhile, the Star has also established the Environmental Impact Assessment on the project was never completed despite having been established in 2018.

“Fresh consultations will be required which will inform compensation for affected persons. Currently we cannot even say who will be affected because the route has not been decided,” a source within government told the Star.

KeNHA which is the contractor however insists there is land for the project.

“Land had been identified along the old alignment but issues arose over bringing down a lot of facilities along the road. We have now found land fully off Mombasa road,” Mundinia had said earlier.