47% of employed Kenyans unhappy with their jobs—survey

The survey by BrighterMonday indicates only 39 per cent of employees are happy with their current jobs.

•Safaricom has for the second year in a row emerged the best company to work for as well as most desired and respected brands.

•Most sought basics by employees are pay packages, job security, career growth, financial stability of a company and welfare benefits. 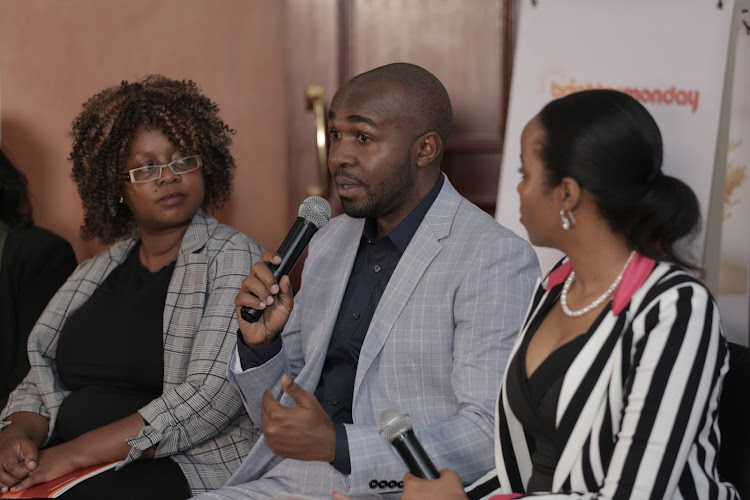 L-R: Afribusiness CEO Annabell Karanja,BrighterMonday CEO Emmanuel Mutuma and the company’s marketing manager Pancy Wanjiru during the release of the 2019 top 100 companies to work for in Kenya/Courtesy

Close to half of employed persons in Kenya are likely to quit in the next six months, a survey suggests, with women leading the pack.

Cumulatively, the survey released yesterday puts at 47 percent the portion of employees unhappy with their jobs.

The 2019 ‘Best Companies to Work For’ report by talent recruitment firm–BrighterMonday, indicates more than 40 per cent of employees both in government and private sector are looking for new jobs.

Though majority cite personal reasons, BrighterMonday CEO Emmanuel Mutuma said that Kenyans are not entirely happy with their current work situation, with women having the highest flight risk or chances of quitting for other opportunities.

Fifty per cent of women are willing to quit while the flight risk for men stands at 46 per cent.

“Even though both men and women value same extrinsic and intrinsic traits in the workplace, women feel the workplace is not conducive for them as they don’t feel value or their employers do not meet their desired traits, or they simply leave for greener pastures for example higher salaries,” Mutuma said.

Only 39 per cent of employees are happy with their current jobs, the study shows with 11 per cent saying they are unhappy. Fifty per cent are neutral, the report shows.

State parastatals employees  have been identified as among the most secure on jobs.

“Parastatals give high level of confidence on job security, they pay well, bargain for benefits such as lower rates on loans, they make staff feel confident and safe,” Mutuma noted.

“It is important to understand what your employees need and keep going for feedback. This way you will know what to do to retain them,” said Annabell Karanja, managing director-Afri Business.

Safaricom emerged the best company to work for as well as most desired and respected brand. East Africa Breweries Limited is placed second followed by the United Nations.

KQ, is surprisingly in the top ten despite frequent standoffs with its employees over salaries and working environment, which has seen hundreds of its staff take up jobs with Middle East carriers.

Over 2,500 people have lost their jobs in the last three months with hundreds feared to be on the exit lane by December.