KCB Bank has 1.72 per cent shares while government has 20 per cent stake 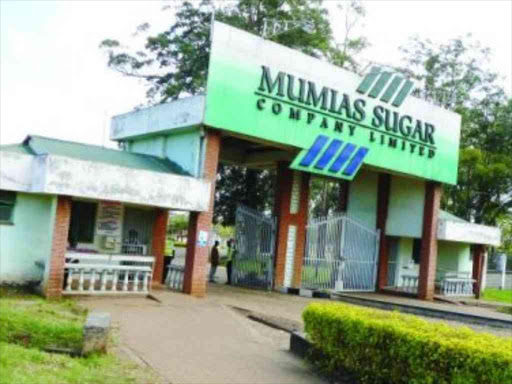 Rao has been acting as the appointed receiver and manager of the KCB long-term debt charged against the firms'assets.

The powers conferred to oversee KCB debentures by Rao followed after an agreement by other lenders through Inter Lender Agreement on September 2010.

“KCB Bank Kenya Limited can confirm that Mumias Sugar Limited has been placed under receivership to protect its assets and to the best extent maintain its operations,” KCB said in a statement on Tuesday.

Mumias is partly owned by government under the National Treasury, with 20 per cent stake and serves as the largest shareholder corporation among other 10 companies.

KCB Bank has 1.72 per cent shares, Jubilee Insurance at 1.46 per cent and two Standard Chartered Nominees Limited accounts at 1.4 per cent.

The sugar miller firm has been facing liquidation problems over years, and has relied on government support to restructure the liabilities.

In January 2018, Ecobank Kenya, KCB and Commercial Bank of Africa demanded to be paid debts amounting to Sh1.7 billion, Sh480.1 million and Sh364.5 million loans respectively from the insolvent company.

Other lenders including French investment fund, Proparco owed them over Sh9 billion.

The listed firm has also failed to release its financial results for two consecutive years, keeping shareholders and investors in the dark despite being granted an extension by the capital markets regulator.

The last financial results were released in November 2017 for the year ending June 2016, recording a net loss of Sh4.73 billion and revenue of Sh6.29 billion.

On Tuesday, Mumias' shares closed at Sh0.27, having dropped by 3.57 per cent from the previous day, holding a net worth of Sh305.10 million.

State must sell off its Mumias shares

It recommends that Kakamega county take over Mumias which has been closed since March 2018.
Opinion
3 years ago

Says they cannot support the auctioning of the Mumias Sugar's assets.
Counties
3 years ago
Post a comment
WATCH: The latest videos from the Star
by ELIZABETH KIVUVA Business Writer
Business
24 September 2019 - 19:50
Read The E-Paper