About 18m people without electricity - report

There are four times as many people living without power, which locks them into poverty and putting pressure on the government 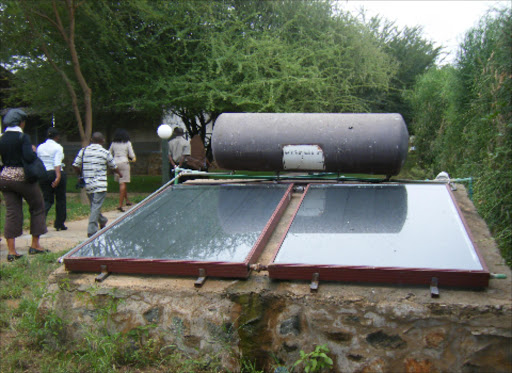 A new report released by GOGLA, the global association for the off-grid solar energy industry has shown there are still many barriers to mainstreaming the use of solar power technology in rural East Africa making clean affordable energy access for all by 2030 unlikely.

“Off-grid solar is unlocking opportunity and mobility for millions. However, our findings show many people are losing out on big benefits to their quality of life, wellbeing, health, education and income,” GOGLA’s East Africa representative Patrick Tonui said.

To mainstream off-grid solar, GOGLA is recommending the removal of import duties and other taxes while enforcing quality standards to ensure customers have access to affordable and high-quality products.

Kenya still is the pacesetter in Africa due to the integration of off-grid solar into its energy plan and where uptake is high with at least 12 million people currently using off-grid solar solutions.

Nakuru to invest in solar energy

The drilling of the 16 boreholes in Kieni and Mathira is complete.
Counties
3 years ago

Last year, the Ministry of Energy launched the Kenya National Electrification Strategy (KNES) in partnership with World Bank to provide a broad spectrum for policy direction, investments and collaborative environment through a public-private partnership.

The strategy aimed at connecting the remaining 25 per cent households across the country to power through the integration of mini-grids and stand-alone off grids to complement the main national grids.

KNES is to be supported by private sector participation through two financing instruments, results-based finance and debt amounting to $42 million for solar system providers to increase electrification of households.

"We are seeing four times as many people living without power, which ultimately is keeping them locked into poverty and putting pressure on the government," Tonui added.

The country so far has seen the uptake of the systems by businesses that were predominantly used by low-income households.

The installation is expected to serve 8,500 people per year.
Business
3 years ago

The research shows that a significant 59 per cent of low-income households that purchased them declared they were living on less than $3.20 per day and 81 per cent on less than $5.50 per day.

About 94 per cent feel their quality of life improved since they purchased the solar system.

In addition, 89 per cent indicate they feel healthier as harmful kerosene lamps are no longer in use, and 86 per cent report their school-going children have more time to study.

The industry expects a high consideration in the upcoming global meeting in New York to accelerate action on climate change and the world's Sustainable Development Goals (SDG’s) including clean, affordable energy access.

“The report reveals that this clean technology is reducing reliance on fossil fuels and cutting CO2 emissions. We are seeing off-grid solar tackle ten of the world’s 17 SDGs, with its lasting impact to the economy, society and environment,” it added.

The company is also in the process of improving their metre system for the uptake.
Business
3 years ago

Why solar power is cheaper than grid

When you use grid power from a monopoly distributor you support a gargantuan edifice.
Opinion
3 years ago
Post a comment
WATCH: The latest videos from the Star
by ELIZABETH KIVUVA Business Writer
Business
19 September 2019 - 19:22
Read The E-Paper