Employers targeted by the pension regulator in non-remittance

Universities 'vice-chancellors are among those who risk prosecution.

• In 2018, RBA amended regulations to extend claims after failure of non-remittance to employers, other than the pension schemes.

• Mutuku has said they have agreed to transfer assets like buildings to cater for pension benefits in cases where the university has liquidity challenges. 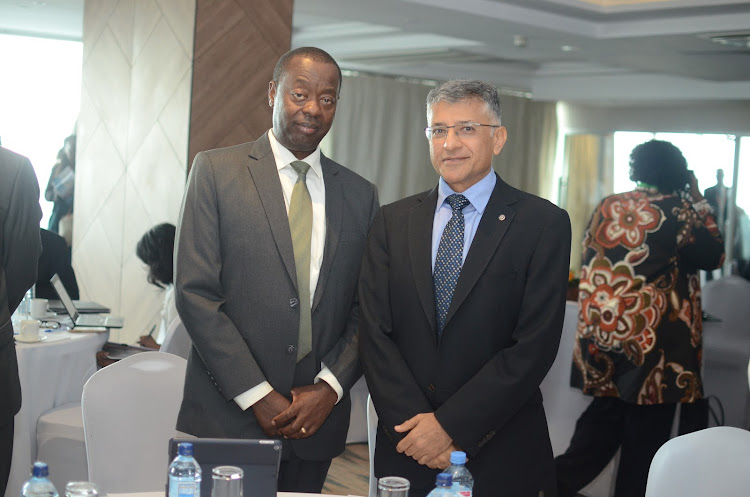 The Retirement Benefits Authority is going after 120 employers for failing to remit monies deducted from employees' salaries to their relevant pension benefit schemes.

“We have written to around 120 employers who have not remitted contributions to know the repercussions. We are required to issue three notices and we are soon going to give the last one,” RBA chief executive Nzomo Mutuku said.

“Some have responded and sorted out the issue,” he added.

Mutuku said universities' vice-chancellors are among those who risk prosecution.

In 2018, RBA amended regulations to extend claims after failure to remit funds by employers, other than the pension schemes.

“We have met with vice-chancellors of all affected universities and they have submitted their remedial action plan on how they are going to rectify the situation,” he added.

This comes after a revelation in 2018 that the universities were not remitting money to relevant institutions despite indicating statutory deductions on payslips.

This was ascertained to the financial crisis they were facing.

“In cases where the university has liquidity challenges we have agreed to transfer assets like buildings to cater for pension benefits,” he added.

In the 2017/2018 financial year, public universities had Sh4.58 billion in outstanding pension remittances.

In the same year, the government issued Sh10 billion through a collective bargain agrrement to cater for salalries and wages.

The law may prove tough to the employers after RBA in January issued a notice that defaulters face a penalty of five per cent of the unremitted contributions or Sh20,000 fine.

This, whereas, chief executives of the pension schemes who delay remitting audited reports to the regulator three months after the close of a fiscal year face  Sh100,000 fine and a further Sh1,000 for each day of delay.

Mutuku has, however, said the pension scheme industry is stable in relation to risks that firms can be faced with.

In an implementation of risk-based supervision, Mutuku said the overall schemes' risk score is  2.5 on the basis of remittance of benefits, governance, administrative expenses and investments among others.

RBA issued guidelines to the retirement benefits schemes are by levels between 1, representing a scheme which is well run and all financial and non-financial indicators are within an acceptable range, and  4 (extreme risk) to mean the scheme's member interests are significantly threatened.

"Most schemes are doing okay but if a scheme is faced with many complaints then it will register close to 1," he added.

The sector has so far registered Sh1.2 trillion in assets under management despite high liquidity. This is out of  1,258 schemes and 24 fund managers.