78 members of staff underwent a disciplinary process to deal with issues of corruption including breach of policy, negligence and asset misappropriation

•The company revealed this during the release of Sustainability Report 2019, saying there were 30 fraud cases investigated in the year, compared to 57 made in the previous year. 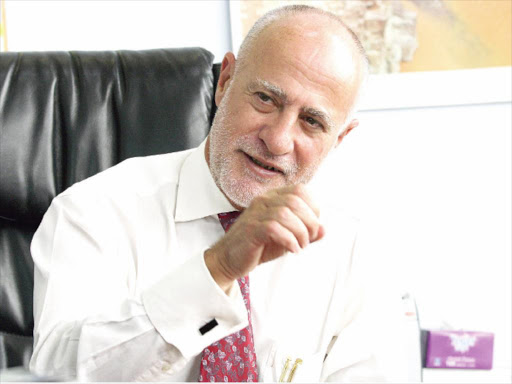 Safaricom llaid off 18 employees for corruption and fraud-related case in the financial year ending March 2019.

The company revealed this in it's Sustainability Report 2019, saying there were 30 fraud cases investigated in the year, compared to 57 made in the previous year.

Out of this, zero disciplinary warnings were made compared to 10 in 2018. However, 14 cases were reported to law enforcement agencies compared to three in the previous year.

"A countrywide surge in SIM-swap fraud accounts for the high number of cases reported to law enforcement agencies in the financial year 2019," it says in the report.

By contrast, far more fraud cases were investigated in FY 2018, when a major investigation was conducted involving the corporate loyalty scheme4, than in FY2019.

The company added that there were 35 further dismissals from a case involving process negligence.

According to Safaricom head of corporate responsibility Sanda Ojiambo the reduction in dismissal was attributed to tough measures to curb the activities and training on ethics compliance.

“We have taken steps in training on to promote an ethical culture within the organisation and controls monitoring,” Ojiambo said.

Internally, 78 members of staff underwent a disciplinary process to deal with issues of corruption including breach of policy, negligence and asset misappropriation.

“Most of the cases investigated were initiated by tip-offs, which indicates that our duty-to-report training has borne fruit."

The nature of disciplinary cases is dynamic the change in statistics indicates neither an improvement nor a worse environment” it added.

During the period, the firm reported having created 978,633 jobs both directly and indirectly from 897,372 in 2018 through supply and value chain, and activities in such as suppliers, airtime dealers and distributors.

Out of this, Safaricom sustained 187,756 employees.

A Safaricom employee linked to SIM swap crimes was charged withcomputer fraud at an Eldoret court on Thursday.Linda Najoli is accused of ...
News
3 years ago
by ELIZABETH KIVUVA Business Writer
Business
23 August 2019 - 00:00