•Kenya Bankers Association House Price Index, house price movements saw a quarter-on-quarter reduction of 1.72 per cent, compared to the pace of 2.78 per cent reported in the first quarter of 2019.

•This reflects the continued effect of credit constraints to developers and households. 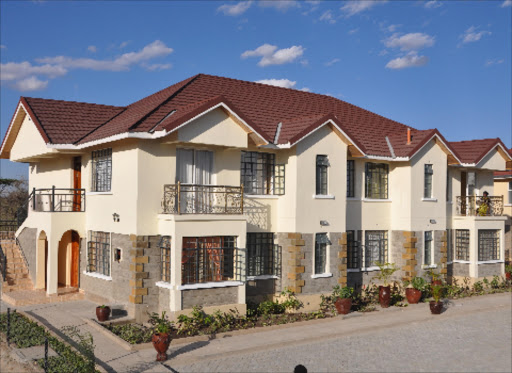 NEW: A block of quarter villas at Greenpark estate in Athi River. Photo/COURTESY

The cost of homes in Nairobi has declined over the past two quarters signalling poor purchasing power among Kenyans.

Kenya Bankers Association’s House Price Index shows there was a quarter-on-quarter reduction of 1.72 per cent on homes, compared to a 2.78 per cent growth reported in the first quarter of 2019.

“This reflects early signs of an emerging trend where negative prices have been recorded in two consecutive quarters,” the index stated.

“Previously, a negative trend has been followed by a correction in the subsequent quarter.”

The index corresponds to an index by real-estate firm, HassConsult Limited for the same period that showed asking house prices declined by three per cent over the review period on account of a slowdown in economic growth.

The effect has led to reduced liquidity in the market, making developers cut prices. This has equally presented an opportunity for investors.

According to KBA, weak household income has been a key factor keeping the demand for homes low, with the slight uptick in private sector credit growth experienced during the first half of the year offering little respite.

The situation has been aggravated by the limited availability of funding to the housing market due to increased non-performing loans especially in the construction sector, adversely influencing the risk appetite of lenders.

The index also showed a supply-side weakness caused by a reduction in the number of building approvals in the period.

Data by Kenya National Bureau of Statistics shows the value of residential building plans in the first quarter was Sh33.03 billion compared to Sh36.84 billion in a similar quarter of 2018.

“While there was a rise in sales during the quarter, the index indicates that the development was a result of supply spilling-over from the previous quarter and not an introduction of new buildings,’’ KBA research on financial markets and policy director Jared Osoro said.

During the period, apartments sustained dominance in total units offered at 81 per cent, highlighting the influence of the middle-income segment of the population on the market.

Maisonettes followed at 13 per cent and Bungalows (6 per cent), suggesting that land pressures have pushed developers to build apartments to maximise space utilization.

House prices across Kenya during the third quarter of 2017 registered the lowest rate of growth in the last three years, recording only a 0.42 per ...
Counties
4 years ago
Post a comment
WATCH: The latest videos from the Star
by ELIZABETH KIVUVA Business Writer
Business
10 August 2019 - 05:00
Read The E-Paper