The industrialisation Cabinet Secretary has said the programme will help the company which is on a deathbed cut its costs and stand back on its feet.

• He added that it had was allowed to dissolve assets in order to pay outstanding debts and recapitise. 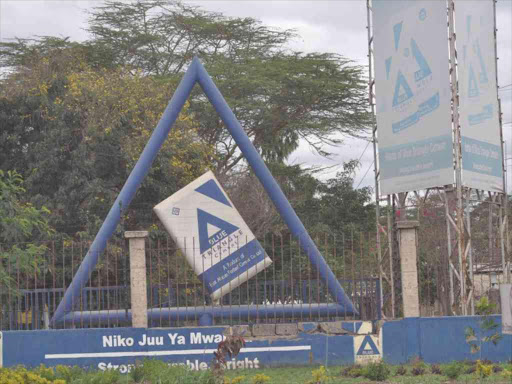 The government supports the restructuring operation by East African Portland Cement Company, saying it will help it cut its costs and stand back on its feet.

“For the company to survive then it will have to go through the restructuring. It is a hard decision but has to be made because it is on its deathbed,” Industrialisation Cabinet Secretary Peter Munya said.

CS Munya has also said that the Cabinet has passed a decision to allow the cement firm liquidate its assets to retire debts and recapitalise.

The state-owned firm has an estimated debt of Sh10.8 billion with KCB Bank being the largest creditor with over Sh5 billion.

“Portland is also sitting of over 4200-acre government land issued in 1960, that was first meant for farming. We have also asked the EAPCC board to surrender it for affordable housing,” CS Munya said.

This follows after the Athi River-based firm announced to lay off all its employees over financial strains going to Sh8 million daily in loss.

In a letter to the staff by the acting managing director Stephen Nthei, the company’s market share has reduced in the past three years, impacting negatively on sales and subsequent profitability.

The rationalisation programme will serve as a second phase for the employees.

In June 2018, the company retrenched 320 staff and targeted other 180 for early retirement plan due to low cement production.

"The company's old and dilapitated plant and machinery require resource to modernise as to provide the institution a competitive advantage," Nthei added.

The loss, up from the Sh949.2 million posted in the same period in 2017 was attributed to increase in losses from high output prices, unfavorable market conditions and production challenges arising from the firm’s constrained working capital.

EAPCC is also part of the parastatals and state agencies targeted for privitisation by Privitisation Commission, a taskforce picked in 2013 by President Uhuru to advice on reduction of government expenditure.

The government holds a 25 per cent stake in the cement manufacturer while the state-controlled National Social Security Fund (NSSF) owns 27 per cent.

The privitisation was meant to mobilise resources for additional investments, enhance transparency and corporate governance, broaden shareholding, developing the capital markets, and raising resources to support the Government’s budget as stated by the commission.

Post a comment
WATCH: The latest videos from the Star
by ELIZABETH KIVUVA Business Writer
Business
09 August 2019 - 05:00
Read The E-Paper