The bank attributed this to growth in revenue and cost management

• Personal Business Banking deposits and loan book grew by 30 per cent and 20 per cent, compared to 13 per cent and 19 per cent growth for CIB respectively. 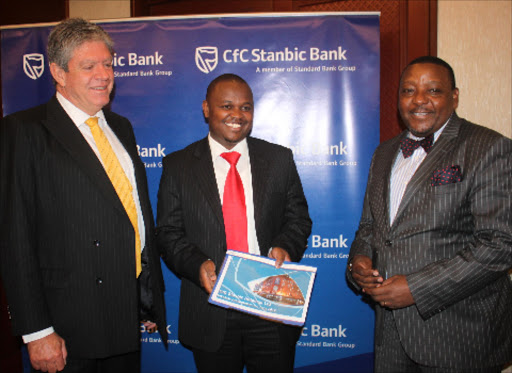 The performance for the first six months to June was also driven by growth in the group's total revenue rose by 15 per cent to Sh12.83 billion from Sh11.17 billion due to increased loans and deposits.

According to the Stanbic Group, chief finance officer Abraham Ongenge said the bank has experienced a shift to a high personal business banking (PBB) from the corporate investment banking (CIB).

“This was driven by the acquisition of new bank to customers hence strengthening the balance sheet through loans. There was also an increased transaction on digital channels and forex,” Ongenge said.

At the same time, lending to the government also remained flat at 3 per cent in the period changing shift to customers.

This as the banks shun the low yields from the government securities.

During the period non-performing loans remained flat at 10 per cent from debt recovery provisions.

The provisions increased to Sh1.2 billion from Sh253 million over the period.

As at December 2018, the provisions made were Sh2.0 billion.

The listed has striven to repossess customers’ assets to cater for unpaid loans.

In 2018, the bank recovered Sh381.88 million. In March, it also began extended the process to Uber vehicles financed under the vehicle and asset finance

Stanbic to offer short term loans to distributors and suppliers

The solution was inspired by feedback from distributors and suppliers, whose constant pain points include having to wait for the requisite 30 to 90 ...
Business
3 years ago

The bank's expenses on women is only two per cent out of Sh11.7 billion set annually as capital expenditure.
Business
3 years ago

This is likely to limit existing mistrust between importers from Africa and suppliers in China
Business
3 years ago
Post a comment
WATCH: The latest videos from the Star
by ELIZABETH KIVUVA Business Writer
Business
08 August 2019 - 12:24
Read The E-Paper