EABL is to lay off about 150 employees in human resource and finance.

• Diageo is outsourcing all its financial, accounting and analytical work to Bangalore, India and Budapest in Hungary.

• EABL says it is directly talking with all its employees who may be affected. 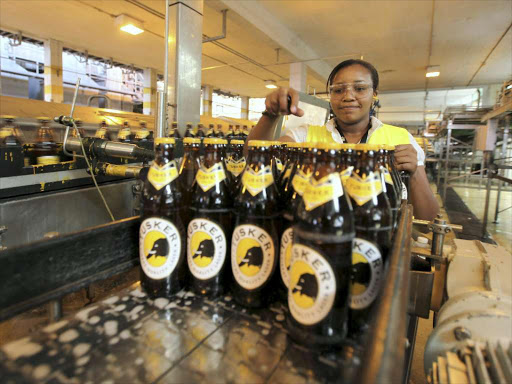 Hundreds of jobs at the East Africa Breweries Limited hang in the balance after parent company Diageo moved its consultancy and key functions out of Kenya.

The British multinational has outsourced all its financial, accounting and analytical work to Bangalore, India and Budapest, Hungary.

The services are undertaken by Diageo Africa Business Service Centre which has announced a review and reorganisation that will significantly alter its structure.

The Nairobi-based centre is one of five Diageo global shared service centres and the only one in Africa.

According to insiders, EABL is to lay off about 150 employees in human resource and finance shared services in December and March 2020.

EABL yesterday said business services requirements and processes across Diageo Africa are changing and as such, Diageo will be conducting a review of the centre to determine where best to locate technical services roles for Africa in either Europe or Asia.

“This will lead to the transition of roles to other service centres. The review and change process will take place over a six-month period and conclude in March 2020,” the management said.

“EABL is directly talking with all its employees in the ABSC who may be affected and will be providing regular updates through the review process over the coming months,” it added.

According to the management, the move is a Diageo global business services process which does not affect EABL core functions.

The lay-offs started in December last year. In January, about 20 key marketing and strategy individuals were sent home.

“They have been laying guys off quietly, people are suffering in silence, families are suffering after their breadwinners were kicked out,” a former employee told the Star said yesterday.

He accused the company of ignoring local talent in favour of foreigners.

A majority of those who left recently were from finance and marketing, he said.

Kenya Breweries Limited brew its first pint in 1922.  Today, operating as EABL, its business is concentrated on three core markets of Kenya, Uganda and Tanzania.

Some of its products retail in more than 10 countries in Africa and beyond.

In December 2016, the company was named the best employer in East Africa in the annual Employer of Choice survey.

“This recognition validates our company’s consistent employer brand in terms of the value proposition we have for our employees,” EABL managing director Andrew Cowan said.

Cowan said EABL’s commitment to invest and expand its business activities in Kenya and the East African region remained steadfast.

“In the last five years alone, we have invested over Sh40.2 billion across East Africa to expand our production capacity, as we continue to grow the business,” he said.

The firm has made investments at its Nairobi brewery and plants in Uganda and Tanzania. It has also finalised the construction of the Sh15 billion KBL Brewery in Kisumu.

“This investment has spurred new economic activity and we estimate that it will produce over 110,000 direct and indirect jobs,” the management said.

Elvis Otieno, a 22-year-old student at Multimedia University has emerged the winner of Got Skillz, a logo talent competition by EABL.
Sasa
3 years ago
Post a comment
WATCH: The latest videos from the Star
by MARTIN MWITA Business Writer
Business
01 August 2019 - 05:00
Read The E-Paper