• The power project to Western hopes to facilitate access and contribute to anticipated lower electricity bills across the country despite the excess generation charged at same tariff despite it source area. 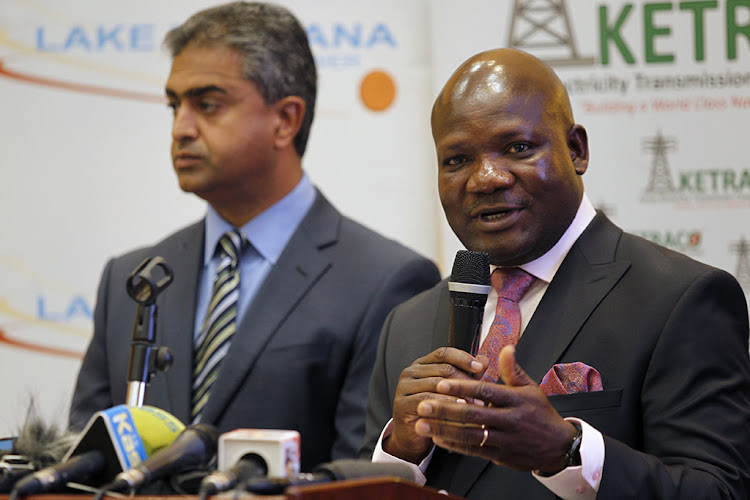 The Western region and Kisumu will receive 200 megawatt in geothermal power March next year, with the completion of transmission lines.

The connection is expected to save the country from power imports in Uganda to light up the region.

“There is no geothermal power to the area due to lack of transmissions lines,” Barasa said during commissioning of the Loiyangalani-Suswa transmission infrastructure project.

The power project to Western hopes to facilitate access and contribute to anticipated lower electricity bills across the country despite the excess generation charged at same tariff despite it source area.

Currently, the supply is estimated at 2,651 MW installed to the national transmission grid against a demand of 1,802 MW, annually as at June 2018.

The new wind power in Turkana adds 300MW to the grid at a cost of Sh28 billion project will see an increase electricity supply, as the Ministry of Energy takes steps to hold on other new alternative power producers, due to low demand for the commodity.

L.Turkana Wind Power Project director Rizwan Fazal has however defended the production of more power saying it form a base to counter for reliance on hydro power especially during dry spells.

“There is still unmet power demand, latent demand meaning households especially in village, tourism and industrialization sectors are willing to consume but has been constraint due to cost or inaccessibility,” Fazal said.

“We can't wait for demand to grow and develop projects. This could expose the country to deal with shortage for an average of seven years,” he added.

The power purchase agreement between L.Turkana Wind Power and Kenya Power and Lighting Company formed 12 year ago assumes the take or pay model costing the final consumer at Sh8 per KW-hour.

The deal allows for 50 per cent subsidy of the agreed tariff, if the power surpasses 1.683 terawatt in a year.

Fazal insisted the cost of electricity will not come down and would be determine by the consumer base and the foreign exchange rate.

“It is not something us as producers will determine by its the realm of the regulator, Energy and Petroleum Regulatory Authority,” he added.

The increasing large projects has opened the country to sign deals to export to neighbouring countries like Ethiopia and Tanzania.

Construction of the Kenya-Ethiopia electricity highway are still underway and are expected to be done in April next year.

The 1,045-km Kenya-Ethiopia power line will enable Kenya to export 400MW power to the country at Sh7 per Kw-hour.

“Kenya-Ethiopia interconnector is done but there is need for converter station. The electricity utility will help the country's rationing which have been going on for two months,” he added.

Other works are ongoing for the transmission of power to Tanzania also expected to be complete by May next year The 96 KM project line costs Sh3.6 billion and is financed by African development bank.