The electricity distributor spent a total of Sh64.8 billion to buy 10.7 billion kilowatts of power from 19 producers up from Sh60.4 billion in 2017

•The electricity distributor spent a total of Sh64.8 billion to buy 10.7 billion kilowatts of power from 19 producers up from Sh60.4 billion in 2017 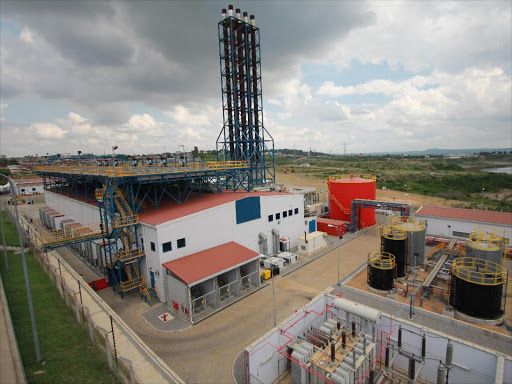 According to Kenya Power’s electricity purchase costs summary for 2018 seen by the Star, the electricity distributor spent a total of Sh64.8 billion to buy 10.7 billion kilowatts of power from 19 producers up from Sh60.4 billion in 2017.

Although almost a half of the money went to Kengen which sold 7.9 billion kilowatts at Sh37.02 billion, the listed power producer offered lowest rate per kilowatt compared to IPPs.

For instance,Kenya Power bought a kilowatt of power from Triumph Power Generating Company at Sh69.26 per compared to Sh4.63 from Kengen, almost 15 times more.

Other IPPs including Gulf Power Limited, Iberafrica Power, Power Tecnology Solution and Tsavo Power sold a kilowatt at Sh26.34, 16.96, Sh14.70 and Sh11.77 in that order.

Orpower 4 Inc, a subsidiary of Ormat Technology, an Israel owned power firm listed on New York Securities Exchange which sold 1.18 billion kilowatts to Kenya Power earned Sh11.4 billion. It sold each kilowatt at Sh9.68, more than double that of Kengen.

The power distributor however bought electricity from Imenti Power at the lowest price of Sh3.83 per kilowatt. This means, IPPs sold power at a mean average of Sh36.50 per kilowatt.

Ethopia sold 18.3 million kilowatts to Kenya at Sh27 per unit and Uganda 1.26 billion kilowatts at Sh6.54 per unit. Kenya Power did not buy from Tanzania during the year.

Independent power producers, introduced in 2000 in an emergency plan to sustain electricity supply during droughts, have become a permanent feature and the biggest beneficiary of a business model that compensates them fully for the fuel they use in operations.

The country first turned to emergency power in 2001 after suffering power shortages due to a prolonged drought that exposed the economy’s over-reliance on hydro-power.

Last year, Energy Cabinet Secretary Charles Keter said the government will terminate the contracts of three IPPs with a combined capacity of 190MW at an estimated cost of Sh9 billion.

However, failure to raise the compensation cash would mean that the government allow their contacts to expire within five years.

Iberafrica Power Plant's 56MW contract is set to end in October this year, Tsavo Power’s (74MW) will end in September 2021, while Kipevu Diesel’s 60MW contract runs up to July 2023

‘’Some of these thermal PPAs have financial and legal implications and we will not renew their contracts, those with a short term period to expiry will be terminated by mutual agreement between the developer and Kenya Power,” Keter told a news brief last year.

Most Power Purchase Agreements are foreign funded and their tariffs are denominated in dollars which pushes up the cost of electricity.

Last year, high and irregular power bills led to a public outcry that opened lid on several corruption scandals at the power firm, paving way for arrest and subsequent trials of top officials led by the then managing director Ken Tarus and his predecessor Ben Chumo.

Mid last month, the Energy and Petroleum Regulatory Authority (EPRA) increased fuel levy — which is influenced by the share of electricity from diesel generators —to Sh3.75 per kilowatt hour (kWh), up from Sh2.75 set in March.

Electricity consumers in Kenya continue to shoulder high power bills despite an increase in the generation of cheaper wind and solar power.