• The value of luxury homes has grown 38 per cent since 2010 despite an oversupply in Nairobi’s rental segment. 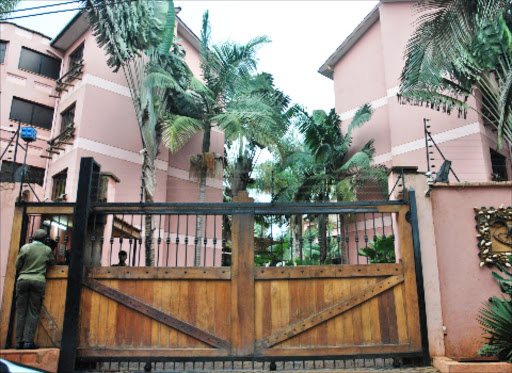 Entrance to the Wasini Luxury Homes and Restaurant in Westlands.
Image: FILE

Investors in Nairobi’s luxury home market need to rethink their pricing in order to make significant gains, a new report has shown.

According to Knight Frank’s Prime Global Cities Index, the value of luxury homes has grown 38 per cent since 2010 despite an oversupply in Nairobi’s rental segment.

However, while this represents decent capital gains in the high-end market segment, profits may be stunted over the coming years as home-buyers shun luxury homes.

“Owing to the high values of the properties tracked and the current supply levels, plus the ongoing credit crunch, transactions will remain few and staggered unless vendors become realistic on pricing," Knight Frank Kenya head Anthony Havelock said.

The supply build-up has, in turn, resulted in high vacancy levels over the past few years, forcing the market to correct itself bringing rental prices down.

This, according to Knight Frank’s PGCI saw high-end residential prices in Nairobi fall 6.5 per cent in the 12 months to March 2019.

As per the report, this is the most significant drop in values in a 12-month period Nairobi has ever recorded since the index commenced recording data meaning Kenyans are reluctant on buying into the luxury home market.

Nairobi slides in ranking as luxury market slows down

Luxury property prices in Nairobi grew at a much slower rate than a year ago, as the country's security situation impacted on the top-end market ...
Counties
8 years ago

Since 2016, when the interest rate cap law was introduced, the value of prime residential homes has declined by a cumulative 9.2 per cent indicating that aspiring luxury homeowners have been denied access to credit for the purchases.

“In the three months to March, luxury home prices softened by half a percentage point, continuing a trend that has seen prices drop or remain unchanged in the city for the eighth consecutive quarter since the second quarter of 2017,” Havelock stated.

The devaluation of high-end homes saw Nairobi’s ranking drop to position 42 out of 45 cities ranked by the global index.

The only other African city ranked in the PCGI, South Africa, was ranked position 19 reporting a 2.1 per cent increase in the 12-month period.

“Generally, luxury home price growth has slowed worldwide in recent years with the PGCI now averaging 1.3 per cent, the lowest annual rate since the final quarter of 2009 when the world was in the grip of the financial crisis,” Havelock said.

The report shows Berlin and Moscow were the only cities that recorded double-digit growth over the review period, growing 14.1 and 12 per cent respectively.

Canada’s Vancouver was the worst performer in the 12-month period with prime residential prices falling by 14.5%, followed by a 9.9% drop in Istanbul, Turkey.

Post a comment
WATCH: The latest videos from the Star
by CYNTHIA ILAKO Business Writer
Business
06 June 2019 - 05:00
Read The E-Paper