What Safaricom’s Sh63.4bn profit can do for economy

•The profits can be used to construct at least two Thika Super Highway or 50 Kilometres of the tarmacked road which cost Sh32 billion between January 2009 and November 2012. 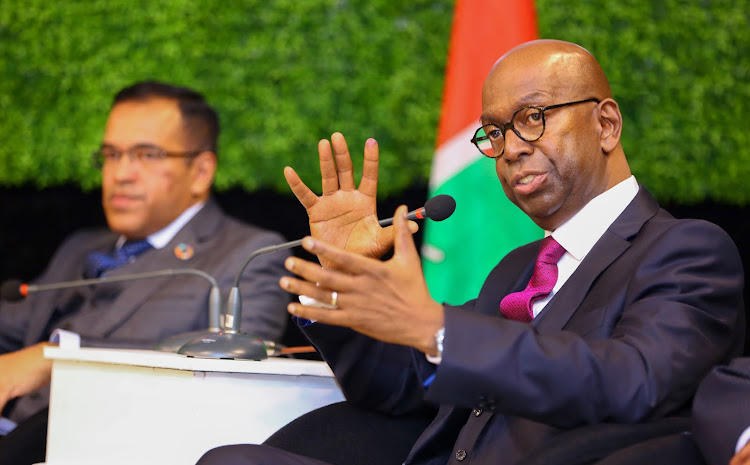 Safaricom has the capacity to fund Kenya’s Agriculture sector for the next financial year and have at least Sh4.3 billion remain as pocket change.

This is based on a comparison between the government’s budget allocation estimations for the next financial year and Safaricom net income.

The comparison further shows that the telco has a capacity to fund the general economic and commercial affairs of the government, and the social protection, culture and recreation sectors.

The two sectors have been allocated at least Sh23.9 billion and Sh54.81 billion respectively.

Besides, the profit is able to fund the development budget of at least seven of the 10 sector priorities of the economy.

In health, for instance, the government has allocated at least sh36.67 billion for the development of the sector.

the facility has since seen a total of Sh29 billion completed transactions.
News
3 years ago

Aside from the budget estimates, the profits can be used to construct at least two Thika Super Highway or 50 Kilometres of the tarmacked road which cost Sh32 billion between January 2009 and November 2012.

Looking at the Treasury estimates for the year 2019/2020 on the Big four Agenda, the comparison shows that the telco income can fund each of the Agendas except for the manufacturing sector.

The estimates show that at least Sh47.8 billion has been allocated for universal health care, Sh11.4 billion for affordable housing and Sh42.6 billion on food and nutrition.

On Kenya’s increasing debt, the Sh63.4 billion profit is able to pay the Sh37.8 billion interest on loan arising from China Exim Bank and the Sh4.7 billion from China Development Bank.

Ironically, this is close to Sh45 million borrowed by Kenyans on the telco overdraft service dubbed FULIZA in under three months.

This even as the country prepares to spend Sh1.1 trillion to repay loans, of which Sh366.4 billion will be interest.

The Treasury report shows the government will incur interest of Sh215.4 billion on domestic debt and a further Sh150.9 billion on external loans during the year.

Between April 2018 and March this year the mobile service provider recorded growth in customers to 1.9 million in the second of the year.

This brings its total customers to 31.8 million.

In the same period at least Sh37.25 billion was used as capital expenditure to increase network coverage.

In addition, it proposed a special dividend of Sh0.62 per share amounting to Sh24.84 billion.