•The continued expansion of mobile payments in Kenya is driving Kenya closer towards becoming a cash-lite economy. 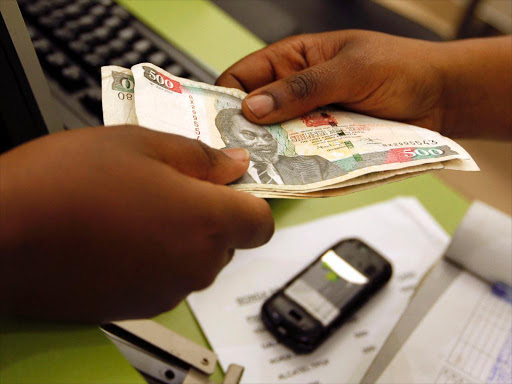 Mobile money transactions in Kenya hit an average of Sh14.93 million per minute last year, according to the latest data from the Communication Authority.

For every hour Sh21.5 billion was being deposited, withdrawn or used to pay for goods and services via mobile money.

At least Sh7.85 trillion was transacted in the form of deposits and withdrawals as well as mobile commerce transfers, 91.39 per cent of the value of Kenya’s GDP at Sh8.59 trillion. This was a 35.25 per cent increase from Sh5.8 trillion transacted in 2017.

In September last year, the government slapped a 20 per cent excise duty on fees charged for money transfer services by banks, money transfer agencies and another financial service provider

This came only weeks after National Treasury raised from 10 to 12 per cent fees for the service in the financial year 2018-2019.

CA data shows the move had a minimal effect on the value of transactions touched the Sh2.02 trillion mark for the first time over the June-September period.

The sector grew slower during the period, shrinking 1.6 per cent to post a 9.1 per cent growth over the three-month period, as compared to 10.7 per cent in the third quarter of 2017.

The most recent data by the Communications Authority shows mobile money transactions for the October-December period rose by Sh337 billion to Sh2.1 trillion as mobile wallets become the more preferred mode of payment.

At least 85.71 per cent of total mobile cash transfers were used to pay for goods and services through mobile devices as Kenya moves towards being a cash-lite economy.

“In the quarter under review, there were 31.6 million and 223,931 total active mobile money subscriptions and agents respectively,” the report stated.

Safaricom PlC’s M-Pesa continues to dominate the country’s money transfer market, controlling 92.02 per cent or Sh1.95 trillion of the total transactions. Of these, Sh1.35 trillion was used in mobile commerce.

Equitel Money, which came in second, accounted for Sh572.24 billion of the total transaction value.

The continued expansion of mobile payments in which Kenya is a global leader has largely been at the expense of plastic cards payments’ whose growth has been stagnant over the past few years.