• Non-performing Loans (NPL) to gross loans grew to 12.8 per cent in February from 12 per cent in December 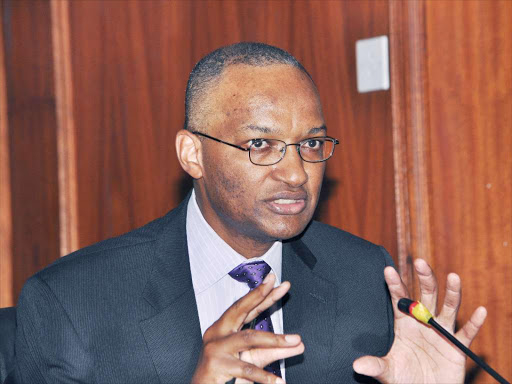 The stock of bad loans held by commercial banks grew by Sh19 billion in two months to February, an indication that borrowers are struggling to repay.

According to the banking regulator, the ratio of Non-performing Loans (NPL) to gross loans grew to 12.8 per cent in February from 12 per cent in December, with Sh6 billion originating from the real estate sector.

‘’The banking sector remains stable and resilient with average liquidity and capital adequacy ratios standing at 49.8 and 18.1 per cent respectively. The ratio of gross bad loan however grew,’’ Njoroge said.

The CBK data for nine months to December shows that non-performing loans rose to Sh326 billion from Sh260 billion in a similar period in 2017, driven by heavy defaults from small businesses.

Full year results of tier one banks for the period ended December 31, 2018 shows, most lenders increased investments in government securities with Equity Bank leading the pack with Sh161 billion up from Sh128 billion in 2017.

Even so, lending to the private sector improved, growing by 3.4 per cent in the 12 months to February, compared to three per cent in January, reflecting strong growth in credit to finance and insurance, manufacturing and trade.

Lending to the agricultural sector however depreciated further by 2.6 per cent in February from 0.2 in December, a four month low.

The MPC is however optimistic that the country’s economy will still grow by 6.3 per cent on stable microeconomics.

Post a comment
WATCH: The latest videos from the Star
by VICTOR AMADALA Business Reporter
Business
29 March 2019 - 00:00
Read The E-Paper