The hidden treasures of Watamu 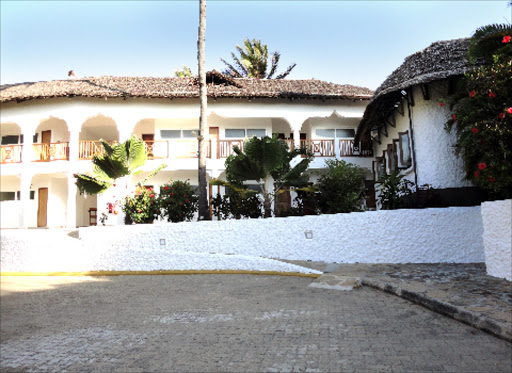 Several centuries ago, Arabs, Chinese and Asians made it to the East African coast for trade and some decided to settle there. The Portuguese came later and also wanted to make it their base to control trade routes around the coastal area.

They all had seen something good. They wanted to operate from Malindi. Legend has it that the place was so hospitable that every new comer wanted to have a piece of it.

That was before the inevitable happened. Arabs and Portuguese fought for it. That feeds one of the many theories explaining how a city of tightly built palaces and dwelling was built, then shattered and left desolate as the present Gede ruins.

The city was just a stone throw away from the shores of Indian Ocean. But that is just the legend and the rest is told in history books of how and when Mombasa on the same coast line sprung up feeding from the ashes of Gede.

The mystery of how and when Gede city was ruined has not been solved. Whoever built is was evidently Muslim. Even with the current technological advancements no one can tell which century it was built.

Today eight families of Sykes monkeys live in the 45 acre former city alongside a human population an estimated at 3,000. “To date we have no idea why the inhabitants who were very rich left this town, at the time known as Milimani and later named Gede (precious) by nomadic Ormo people who settled here for a while”. Said one of the most experienced guides here, Hudson Baraka.

What remains clear however is that the Watamu area of Malindi has maintained its magical beauty that enticed the travelers to want to camp there.

Watamu is a small 7 km long peninsula that is a recognized UN biosphere with the Watamu marine park on one side, the Mida creek mangrove reserve on the other and the Arabuko Sokoke forest reserve stretching along the edge of the creek.

Only 7km inland lies East Africa’s largest surviving dry coastal forest, named Arabuko Sokoke. About 400 square kilometers of dense woodland that can be explored on foot or on horseback. A third of Kenya’s known 870 species of butterflies can be found here.

A host of colorful butterflies flaunt their beauty effortlessly dancing in the bushes, despite the environmental changes generally affecting the world.

For nature lovers the forest alone will do, while for those with a knack for adventure, here lives the Elephant Shrew, a one inch mammal that was thought to be extinct until recently.

Some strange birds also live here including the green barbet, Fisher’s turacao and southern banded snake eagle. Bush-baby, Genet cat and Caracal cool their heels in the forest during the day time and emerge in the night to feed or just roam their territory.

Their noisier neighbors, baboons and Sykes monkeys rule the day. The forest opens into the spectacular sea front where the water laps mangrove forests lining the Mida creek, a place of silent sea breeze. Once every evening, a dhow from the Hemingways Watamu resort meanders its way into the creek full of tourists out for dinner.

On the dhow; just like the ones used by the visitors of yesteryears, tourists sip their drinks and watch the sun sink below the mangroves to the west as they sample delicacies prepared on the dhow. They can feel the ocean waters gently lap the dhow rocking it to give a soothing feeling of peace with nature.

Not many foreign tourists are here during this low season. There are other unpleasant reasons ranging from a misconceived perception that it could be an Alshabaab target because of Kenya, military action in Somlaia., inter-community clashes in the Tana River Delta and the European economic crisis.

This is a UNESCO heritage site and also a protected area. The beauty extends into the sea with an array of multicolored schools of fish.

When tourists retire for the evening, not only at Hemmingways Watatamu but other seven hotels along a 7 kilometre beach, they book a date for an encounter with the fish in the sea. To swim with the fish.

The showl is the largest variety found in a single place anywhere in the world. They call it snorkeling. This happens in the sea on the hedges of the “sea forest” where corral reefs beneath act as their natural home.

“We have a lot here. We can not see any reason why Kenya keeps having a low season. All year round we have several attractions unmatched anywhere in the world. We have activities for everyone. Young and old,” said snorkeling guide Kenga Kaingu.

Fishing escapades, snorkeling, kite surfing, wind surfing and many more. How about viewing the whales in the high seas between June and November!

The magnificent creatures come for romantic sessions in our part of the sea every year, but nobody seems to have taken note of that. Local tourists do not know about it. Dolphins entertain you on the way to the high seas.

Mid way through, sharks roam freely amongst threateningly ugly fish species as well as the weird and beautiful ones. Even before you get off the beaches, former beach boys now working as organized and disciplined guides will have shown you sea lions and other funny types of fish that refuse to drift away with tides preferring to be left on pools of water in the exposed corral reefs some metres from the beach.

“These boys are now organised in associations and they run their own affairs in a civilized manner unlike the harassment we hear their colleagues on other beaches along this coast subject tourist to. They wear uniforms to distinguish themselves,” Steve Trott, the chairman of the Watamu Marine Association.

Fishing here for commercial purposes is not allowed because it is a marine park. And there is another reason. The big five of the sea are endangered species.

“We arrange fishing trips into the high seas where tourists catch and own the fish, by tagging it in what we call tag and release,” said a manager at Hemingways Watamu resort, Jeff Mukuolwe . This is a way of preserving the endangered species.

“Initially sport fishing is what made Watamu what it is,” saidf Mukolwe. “This has been happening for over 40 years, but now we want local tourists to come and enjoy this splendor that has been and still remains a magnet for anglers from far and wide”.

November is one of the best times of the year for bill fish fishing. The marlin blue and black or bill fish are the predominant variety. “This is a migratory route for the big fish just like the wilder beasts, Depending on the season, hot or cold then a certain type of fish species grace our seas” said Mukolwe. “The anglers cannot miss Watamu just like golfers and divers have their must-attend circuits.

He said they have one of the continents biggest and well known angling tournaments, The international deep sea fishing challenge, which has for the last 13 years been sponsored and branded Captain Morgan.

"We have about five tournaments a year, but the best is the November and our own fleet of boats can not handle it so we hire from other places but they have to be of the same standards. Our hotel has 70 rooms and 6 suites so some visitors during that period are accommodated in neighboring facilities," he said.

The sport involves catching the bill fish and tagging it with an internationally recognised code such that whenever another angler catches the same fish they will know from records, who had caught it before them. The big game fishing is comparable to hunting the big five, just more exciting. There is no need to kill and bring it in as a trophy.

“You hook the bill fish, just tag and take a few pictures. The next angler who catches the same fish can re-tag and there is a five dollar reward. It is strictly a sport. Skippers estimate the record weight of a bill fish was 600 kilos. This year being an election year a few are worried to come. We have lost a bit of those we expected. So it won’t be the maximum this year,” said Mukolwe.

Yellow fin Tuna and the Wahu are not that lucky. They are brought in for consumption at the host hotel because they are not endangered.Proceeds of the sport go to friends to benefit the community charities already identified.

Hemingways Watamu also runs a training school for anglers, the sail Fish University. It is a one week course. Every learners go out to sea for their lesions

If the water is not your thing just a shot ride away is the most unique snake park in Africa. It’s the world leading snake park collection of African snakes. Some of the reptiles that you will never find anywhere else in captivity.

“We have about 53 types of snakes and only milk a few, we milk the venom from the most poisonous snakes, dry and sell to researchers who use it for medical purposes. Black mamba puff under and spitting cobra, non spitting cobras,” Those are the word of Royjan Tylor, the curator at the Bioken snake park in Watamu.

Royjan says the venom is used to cure snake bites by using an anti-venom made of venom from a snake similar to the one identified as having bitten the victim.

If you are bitten buy a poisonous snake you are treated with the anti-venom from the same snake. Out of the 126 species of snakes found in Kenya, majority of them are not poisonous and some are the most dangerous in the world.

Why would somebody want to the snake park? Well to keep the place open they need to feed the snakes, pay workers and keep milking the venom for treating snake bites. This has been a very bad year for us. We have no visitors and this not good for the park.

Away from the shores, Watamu is just minutes away from Malindi airport and its two hours drive to the Tsavo national park for those wishing to see the lands big five.