Kenya diaspora in Washington upbeat about Ruto’s US visit

Ruto is expected to meet his US counterpart Joe Biden and Kenyan diaspora in the country.

• President Ruto's meeting with the diaspora in Washington follows that of CS Mutua on November 17.

• During the meeting in Seattle, Mutua said Ruto's government will enact changes that will change their lives positively. 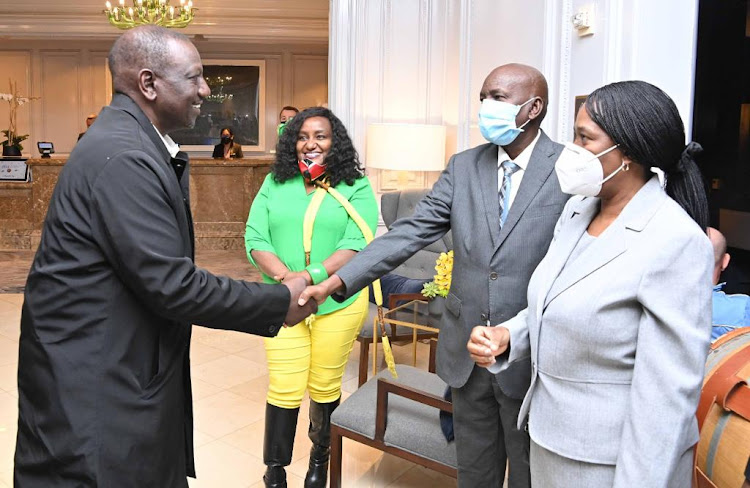 President William Ruto is expected to travel to Washington DC for the Africa Leaders Summit scheduled for December 13-15.

In his second visit to the US as President, Ruto is expected to meet his American counterpart Joe Biden and the Kenyan diaspora.

According to the State Department, the summit will demonstrate America's "enduring commitment to Africa", and underscore the importance of US-Africa relations.

Ahead of the visit, sources told the Star the President has tasked Ambassador to the US Lazarus Amayo to help organize a meeting with the diaspora.

“It is a wise move for the President to reach out to the Kenyan diaspora. No other President before him has done what he is doing,” Prof Charles Choti, who is leading the team put together by Ambassador Amayo to organize the side-bar meeting with the President, said.

Choti was referring to the promises President Ruto made during his visit to the US during the campaigns in March 2022 and his earlier virtual conversation with the diaspora.

In the virtual meeting, Ruto promised to establish a state department for Diaspora Affairs under the Foreign Affairs docket, if he won the election, which he has fulfilled and nominated Roseline Njogu as the principal secretary.

Choti said Ruto’s elevation of diaspora affairs directorate to a department in the Foreign and Diaspora Affairs ministry has Kenyans in diaspora believing the President has kept his word and will do more, "even if diaspora affairs is not a stand-alone ministry".

“Elevating the status of diaspora affairs and the appointment of a principal secretary responsible for the office for the first time since independence is huge,” Choti said, adding that they can't wait to welcome and host the President to "further strengthen our new-found engagement". 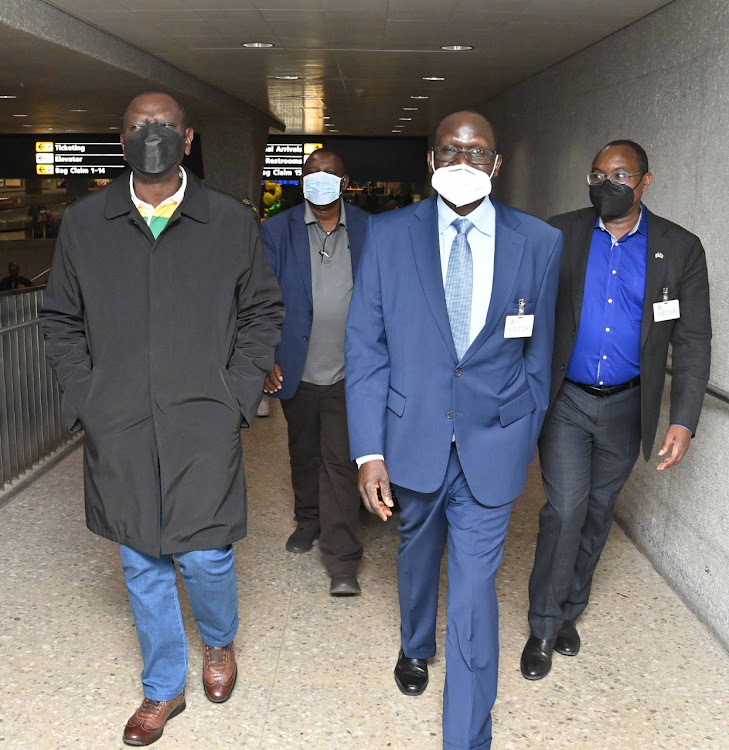 Ruto's meeting with the diaspora in Washington follows that of Foreign Affairs CS Alfred Mutua on November 17.

During the meeting in Seattle, CS Mutua said the Kenya Kwanza government will enact changes that will change their lives positively.

"We plan, in time, to open more consulates in the US. One for the Midwest either in Chicago or Minneapolis, in the South either in Dallas or Atlanta and one in the Northwest in Seattle. We’ll also have mobile biometric kits to process passports, Huduma Namba and IDs in the US,"Mutua said.

The CS said the missions will also offer trade and investment services for the diaspora to invest in Kenya and take advantage of the PPP programmes, affordable housing ventures and other projects in the country.

One of the Kenyans living in Washington DC said while Ambassador Amayo was  putting together a team to organise the side-bar meeting, he reminded them Ruto is the president for all Kenyans, "whether they voted for him or not".

“This is a non-partisan event where all Kenyans are welcome,” the ambassador is quoted as saying.

There is talk of divisions among diaspora in the US, which is blamed, for instance, for the collapse of the Kenya Diaspora Initiative.

Prof Peter Ndiang’ui observed that previous governments have tried to embrace the diaspora, but the efforts have only been mostly at policy level with little or no corresponding action to implement those policies.

“This should change as we have already seen with the President’s actions thus far with more expected to finally harness the diaspora’s full potential,” Ndiang'ui, one of the committee members, said.

Samuel Omwenga, a US based legal and political analyst, said, while every new president faces the challenge of reconciling the need to recognize and reward those who were in the trenches with him during the campaign, Ruto had demonstrated thus far he has the ability to succeed in accomplishing this both at home and in the diaspora.

During his visit to South Korea last week, President Ruto met Kenyans living in Seoul and in response to one of the questions, the President said the international trips are to engage with foreign governments as well as with Kenyans living in the countries to advance his development agenda for the country.

In Seoul, for instance, he said bilateral talks would focus on securing markets for Kenyan products.

According to the Central Bank of Kenya, diaspora remittances rose to Sh40.6 billion in October, a 4.6 per cent rise compared to Sh38.8 billion in September.

The US remains the largest source of remittances, accounting for 57.6 per cent in the period.

The President’s efforts to have a more united Kenyan diaspora and addressing their issues should lead to more engagement with these Kenyans and more remittances which benefits the remitters, their families, and the country, Omwenga noted.

“The approach Ruto is taking with the diaspora is well thought out and will win him points and support, even among those who did not support him in 2022".

Says some agencies are colluding with international human trafficking syndicates.
News
3 months ago

Commits to harness technology and strategic partnerships.
Business
3 months ago
Post a comment
WATCH: The latest videos from the Star
by ELIUD KIBII Subeditor and writer
Siasa
02 December 2022 - 21:00
Read The E-Paper