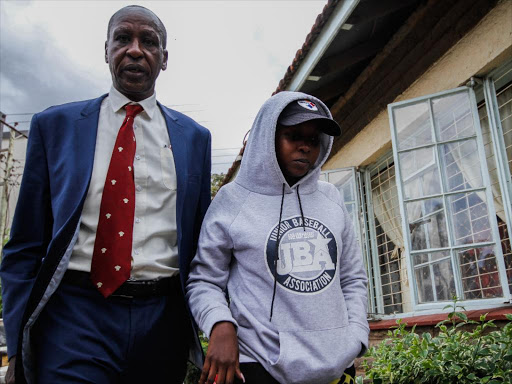 A source privy to the investigations said Maribe was arrested on Saturday after investigators recovered some documents, among them a wallet and a handbag believed to belong to Monica at Jacque’s house in Royal Park, Lang’ata.

More people among them some journalists close to Maribe will be summoned to record statements. “This followed some leads so far obtained from Maribe since Saturday,” said the source.

Detectives have also conducted another search at Maribe’s parents’ house in Buru Buru estate, where they further recovered more information to help in their investigations.

The prime suspect, Joseph Irungu, who is Maribe’s fiance, is still being detained following a court order allowing police to continue holding him for 10 more days to complete investigations.

He was the first to be arrested after preliminary investigations linked him to the shocking murder.

Irungu, who is said to be a well-known Jubilee supporter and was at one point a bodyguard of Jubilee politicians, is dreaded in Buru Buru estate where he allegedly runs a safe house. He is also said to be living with three other people whose jobs are unknown.

Irungu is said to live a secret life and keeps several people in the house for unknown businesses.

According to the police source, Maribe may face charges as an accessory in the gruesome murder of Monica a week ago.

She was arrested shortly after 7pm and taken to Gigiri police station.

had been summoned to the Directorate of Criminal Investigations (DCI) to record a statement for the third time.

Incidentally, it was Maribe who read the news announcing the murder of Monica during the lunchtime bulletin on Citizen TV on the material day. It is not clear whether she was aware that her fiancé might have been involved in the murder.

Saturday’s turn of events came after homicide detectives recovered a gun they believe was used by Irungu in a house neighbouring Maribe’s in Lang’ata.

The gun, which was found with one Brian Kasaine, was taken for ballistic tests.