The French Open, which last year was postponed by four months and took place in front of limited crowds, is due to start this year on May 23.

• France entered a third nationwide lockdown on Saturday to contain the coronavirus spread, although professional sports have largely been spared.

• President Emmanuel Macron said on Wednesday that he was expecting to re-open the country in mid-May. 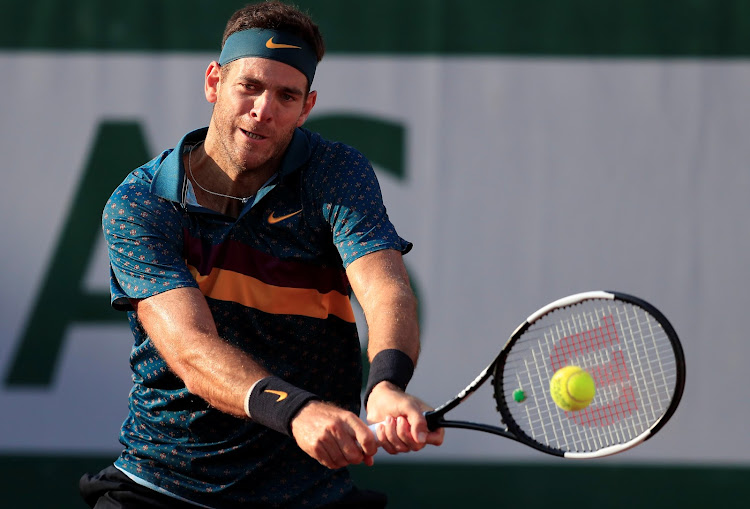 French Sports Minister Roxana Maracineanu said it was possible the French Open could be postponed for the second year amid the Covid-19 crisis.

France entered a third nationwide lockdown on Saturday to contain the coronavirus spread, although professional sports have largely been spared. An exception is cycling’s Paris-Roubaix one-day race, which has been postponed from its original April 11 slot.

The French Open, which last year was postponed by four months and took place in front of limited crowds, is due to start this year on May 23.

“We are in discussion with them (the French Tennis Federation, which organises the event) to see if we should change the date to coincide with a possible resumption of all sports and major events,” Maracineanu told France Info radio late on Saturday.

“Today, although the high-level sport has been preserved, we try to limit the risks of clusters, of spreading the virus within professional sports.”

President Emmanuel Macron said on Wednesday that he was expecting to re-open the country in mid-May.

The director-general of the French Tennis Federation, Gilles Moreton, said earlier this week that he could not imagine the Grand Slam tournament being cancelled.

Meanwhile, Ash Barty has dismissed suggestions that she had unfairly held on to the top ranking while opting not to compete on the WTA Tour for most of 2020 due to the Covid-19 pandemic.

With the pandemic preventing many from competing on the tour since March 2020, the WTA tweaked the ranking system last year to ensure that players were not penalised for their no-shows.

The format allowed the Australian to stay on top of the world even though rivals such as Naomi Osaka won Grand Slam titles during Barty’s absence.

“I never have to prove anything to anyone,” Barty told reporters on Saturday after she retained her Miami Open title when Canada’s Bianca Andreescu retired midway through the final due to an ankle injury.

“There were girls who had the chance to improve theirs, so I felt like I thoroughly deserve my spot at the top of the rankings. The year we had in 2019 was incredible,” added Barty, who opted not to travel out of Australia for 12 months from March 2020.

Barty clinched the Miami Open in 2019 before capturing the French Open and WTA Finals. She started off 2020 by triumphing at the Adelaide International before the Covid-19 pandemic caused the Tour to shut down for five months.

“I can’t control what anyone else thinks or what anyone else says,” said Barty, who was playing in her first tournament abroad since February 2020. “Everyone needs to understand that it’s a pandemic. It’s probably a once-in-a-lifetime thing for a lot of us to go through, so it’s a bit of a difficult situation.”

On Saturday the 24-year-old Australian was leading 6-3 3-0 when Andreescu took a medical timeout to have her foot and ankle taped.

It failed to make a difference and after Barty extended her second-set lead to 4-0, a dejected Andreescu shook her head and covered her face with her hands before tearfully retiring from the match.

Barty said she plans to compete in Charleston next week before heading to the Stuttgart Open in Germany.