Disgruntled fans have called for Moshiri and the board of directors to resign in recent weeks with the club 19th in the Premier League.

• Moshiri says he “feels the pain” of the fans and will do “whatever it takes” to win back their support.

• However, the Guardian reported on Tuesday that Moshiri has now made Everton available for £500m and would also consider selling a minority or majority stake, with number of parties expressing interest. 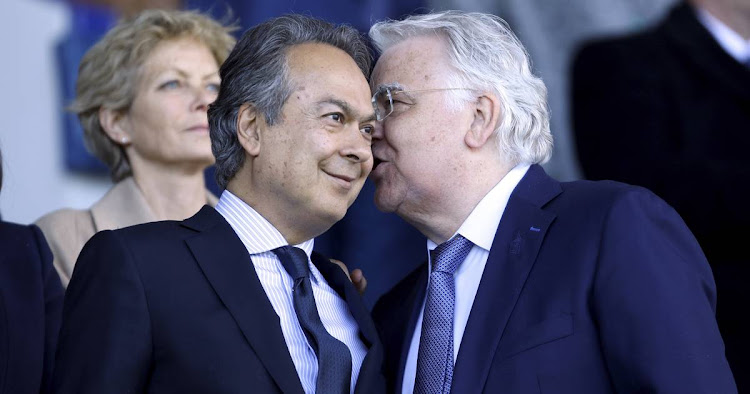 Everton are not for sale despite supporter protests against his running of the club, says owner Farhad Moshiri.

Disgruntled fans have called for Moshiri and the board of directors to resign in recent weeks with the club 19th in the Premier League.

The Merseysiders have won just one of their last 14 matches and sacked manager Frank Lampard on Monday.

Moshiri says he “feels the pain” of the fans and will do “whatever it takes” to win back their support.

A consortium led by former Manchester United and Chelsea chief executive Peter Kenyon held talks over a deal to buy Everton last summer. The club opted not to continue those talks after a period of exclusivity ended in July, with Moshiri saying it was not for sale in an open letter to fans.

However, the Guardian reported on Tuesday that Moshiri has now made Everton available for £500m and would also consider selling a minority or majority stake, with number of parties expressing interest.

In an interview with the Everton Fan Advisory Board, recorded before Saturday’s defeat at West Ham United and the dismissal of Lampard, Moshiri said he is only seeking to bring in extra finance in order to help fund the new stadium at Bramley-Moore Dock on Liverpool’s waterfront.

“The club is not for sale, but I’ve been talking to top investors of real quality to bridge a gap on the stadium,” he said.

“I can do it myself. But I want to bring top sport investors into Everton. We are close to having a deal done. It is not selling the club at all, it is just bringing more expertise in terms of global sponsorship, commercial development.

“A lot of specialist sport investors have this pool of knowledge and it is to secure that for Everton.”

Despite discontent among supporters, Moshiri has reiterated his faith in the club’s board, including chairman Bill Kenwright and chief executive Denise Barrett-Baxendale, who were advised not to attend the recent home game against Southampton because of a “real and credible threat to their safety”.

The British-Iranian businessman says he will make the necessary changes to help lift Everton away from the Premier League relegation zone and urged fans to get behind the team.

“This is the most critical time in our history. It is almost an existential point,” said Moshiri, who bought a controlling stake in Everton in 2016. “I have faith in this board. In the past I have removed directors and appointed directors. I’m not shy to make changes. We make changes when there is a need.

“We will be ruthless. We need to be calm and we need to go beyond our current position on the pitch.

“I feel the pain. I hear what the fans say. They have points. We will be addressing them. I don’t miss anything. I have a list of all the points.

“Everton has been dependent on Goodison and the 12th man. I know we are much the weaker without the full-hearted support of the fans and I will do whatever it takes to get the fans on board. I’m on it 24 hours a day.”

Everton are now looking for their sixth permanent manager in five years.
Sports
5 days ago

What next for Everton, Lampard after parting ways?

Lampard has failed to get results, the most valuable currency in football. No-one can make a serious case to suggest Everton were showing signs of ...
Sports
4 days ago

Why Everton boss Lampard does not fear the sack

The Toffees are without a win in the top flight since October and are stuck in a relegation battle in 19th place.
Sports
6 days ago
Post a comment
by BBC
Football
26 January 2023 - 00:00
Read The E-Paper