Haaland is enjoying every bit of life at the Etihad and he will still score very many goals.

• Eric Ten Haag knows that a positive reaction from his lads this weekend will be key to them resurrecting their season again. 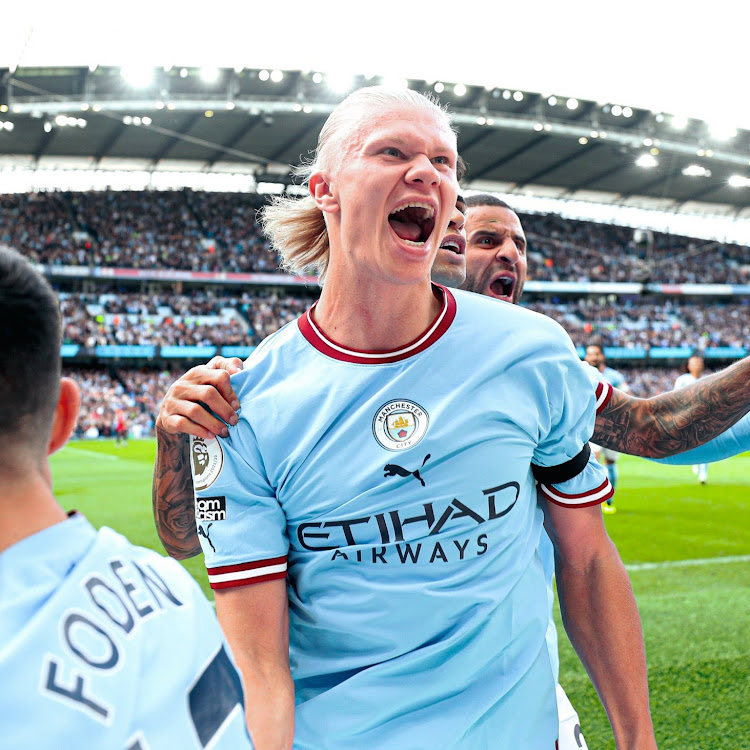 Manchester City to leapfrog Arsenal, United to get better of Everton

The English Premier League is definitely taking shape and the next few weeks will really be defining to the likes of Arsenal, Manchester United and of course Liverpool.

For the Gunners, it seems lady luck is still on their side and they cannot even believe that they are a point clear of champions Manchester City. While Liverpool and Manchester United are struggling, Erling Haaland and Manchester City are enjoying themselves.

Matchday nine will present another chance for teams to try and rack in some points.

In today’s column, we will focus on matches we think will be of attraction.

This is a match that the bookmakers will definitely fancy Erling Haaland to score. The Norwegian is enjoying every bit of life at the Etihad and he will still score very many goals.

I have seen guys online signing a petition to have him barred from playing football. This might seem to be an expensive joke but then there is some element of truth in that.

Two goals against FC Copenhagen on Wednesday and a hat trick in the Manchester derby confirmed how deadly the 22 year-old is. The Cytizens come up against a Southampton side that is in poor form and their coach Ralph Hunsehutl is on the verge of being sacked should they drop more points.

Pep Guardiola on the other hand knows that they have a chance of going two points clear of Arsenal who are not in action until Sunday.

Well, this match will be very interesting for both sides. The visitors got full points from their last outing while the hosts who had traveled a few miles to the Etihad received a humbling 6-3 beating by champions Manchester City.

Everton started the season badly but have since gotten their act together ever since their 0-0 in the Merseyside derby against Liverpool. Alex Iwobi is in the form of his life while Conor Coady has clicked in well and helped ease their defensive issues.

Eric Ten Haag knows that a positive reaction from his lads this weekend will be key to them resurrecting their season again. United have already lost three matches this season, I doubt if they are going to lose a fourth this Sunday.

This is a fixture that never disappoints. While I might want the Reds to give Arsenal a proper beating, I think that will be postponed until 2023. The Gunners are reeling in form, they are classy, clinical and above all enjoying the Arteta-ball.

Bukayo Saka, Gabriel Martinelli, Gabriel Jesus and Granit Xhaka are extremely good this season and Jurgen is aware of this. A derby win for the Gunners over Tottenham showed that they have made a lot of strides this season and they will take this a little further. Last week I said that Liverpool was going to beat Brighton and Hove Albion and score three goals.

Well, they scored three and conceded the same amount of goals. I was watching this match in pain because Trent Alexander-Arnold was way off pace and it is like he was overwhelmed by the happenings in the media during the international break.

Leandro Trossard really exposed the right side of the Liverpool defence and earning a hat trick at Anfield is no mean feat. Klopp’s Liverpool did respond well against Rangers on Tuesday in the Champions League and Trent was on the scoresheet with yet another trademark freekick.

On Sunday it will be all about who blinks first, who drops the guard first. For me, a point will do for both sides. For Darwin Nunez, well, let us wait and see if he can start scoring goals once again.

Thank heavens we are back for the major leagues just before the Fifa World Cup in November.
Sports
2 months ago

This weekend sees matchday six take place and the highlight will, of course, be the early kick-off Merseyside derby between Everton and Liverpool.
Sports
3 months ago
Post a comment
by GREGORY MULEMI
Football
07 October 2022 - 05:00
Read The E-Paper