•Amoko said this time, Kenya Morans will have to start early preparations for the next window of the FIBA Basketball World Cup Qualifier.

•In Group B, South Sudan were top after stunning Africa champions Tunisia 72-64 and Cameroon 74-68. 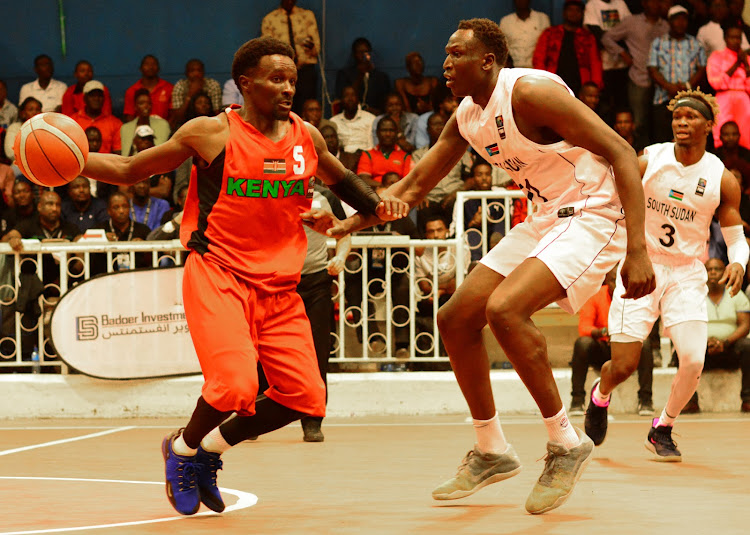 He said this time, Kenya Morans will have to start early preparations for the next window of the FIBA Basketball World Cup Qualifier.

"We still have a chance to make it to the next phase, but we must sit down as an executive and draw plans for the team to prepare adequately," said Amoko.

"It is not easy to get good results when the team has not trained together and bonded.

"We had players traveling directly to match venue without having trained together at all and this is not good for team chemistry.

"All five diaspora players flew direct to Dakar from USA, France, Australia, and Oman with two arriving after the first game," Amoko said.

He said that it is important to know the level of fitness of the entire team before proceeding to a tournament and this can only be possible if they assemble early and train together.

"In this way we will avoid het lag as something players arrived in Dakar and went straight to match venue  without their fitness level being assessed."

Kenya lost all their three Group D matches in Dakar, going down 105-51 to Egypt, 100-55 to Senegal and 66-56 to DR Congo. In their Sunday match against the host Senegal, The Lions took a 28-10 first quarter advantage.

They kept pressing the button and were ahead again at the break with a 53-29 margin and down 74-42 in the third stanza. Preston Bungei nailed 19 points while Joel Awich and Eric Mutoro each picked 15. Badio shot 12 as Diop and Toure sunk 10 a piece for Senegal.

Egypt, Senegal and DR Congo all won two games losing one while Kenya remained winless. In Group B, South Sudan were top after stunning Africa champions Tunisia 72-64 and Cameroon 74-68.

The next phase of the tournament to determine who goes to the World Championship will be held in July probably in Egypt.

At the end of the two shows,  the three highest-placed teams from each group will qualify for the second round.