We possess the mojo to bag the KPL title, boasts Otieno

•The bankers' slim 1-0 win over a Mathare United side currently incapacitated by incessant financial problems fired them to the summit of the log where they are level on 25 points with Kakamega Homeboyz but with a healthier goal difference.

•Otieno has ruled out the possibility of plunging more resources into the next transfer market in search of fresh talent, insisting the bankers possess enough depth to put up a good fight throughout the season. 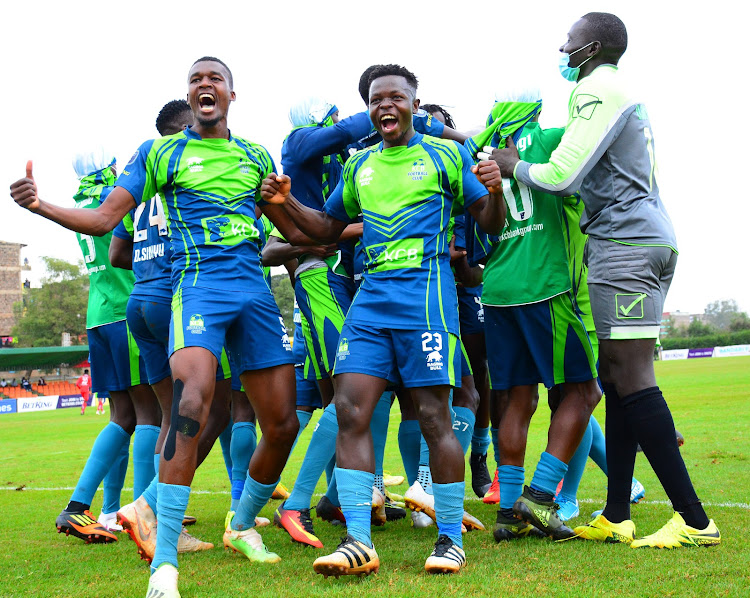 KCB head gaffer Zedekiah “Zico” Otieno has ruled out the possibility of plunging more resources into the next mid-season transfer window in search of fresh talent.

The seasoned tactician insists they possess sufficient depth and mojo to reign terror on their opponents throughout the season.

The bankers were among the top-tier sides that rummaged through the last transfer market to bolster a talent-laden squad that wrapped up the season hot on the heels of champions Tusker.

Otieno reckons they secured the best signatures in the market.

“As things stand now, we have a very competitive squad and all the departments are functioning quite well. Unless we spot a very exceptional player, I don't see any need for new signings in the mid-season transfer window,” said Otieno.

Former Kariobangi Sharks fleet-footed offensive midfielder James Mazembe and towering erstwhile AFC Leopards centre-back Robinson Kamura are among the household names who have quickly settled at the side after penning deals at the beginning of the season.

“We expect all players to be at their best regardless of when they linked up with the side. I don't believe in the notion of giving players time to gel. It's all about an individual's ability to execute well on the pitch. A good player will always fit in well immediately,” said Otieno.

Meanwhile, Otieno has joined the growing list of local gaffers who have voiced deep concerns about the plummeting standards of officiating in the Kenyan Premier League.

Otieno said some of the calls made during the top-flight matches leave quite a lot to be desired, adding it was not still too late in the day for local referees to mend their ways.

“I don't really want to single out any particular match but the reality is that the quality of officiating in the top tier has been pathetic in recent days.

“We need referees who are more informed. It's really unfortunate that there are some match officials who can't even interpret the simple rules of the game. There is an urgent need to rectify the situation if we are really serious about maintaining professionalism in the game,” said Otieno.

And despite their enviable position at the apex of the KPL log, Otieno insists it's still too early to start hallucinating about a possible maiden Kenyan Premier League title.

The bankers' slim 1-0 win over a Mathare United side currently incapacitated by incessant financial problems fired them to the summit of the log, where they are level on 25 points with Kakamega Homeboyz but with a healthier goal difference.

“It's still too early in the season to start talking about the title. We need to take each match at a time and as long as we keep posting positive results, we shall definitely be in contention for the title,” said Otieno.