'FORM OF HIS LIFE'

Salah ‘best in the business, without Messi and Ronaldo era’, says Nevin

By date, only Reds legends Ian Rush ( November7 ) and Roger Hunt (November 25) have reached the landmark more quickly than Salah, who has also provided nine assists.

• However, there are still questions about Salah’s long-term future at Anfield, with the Egyptian yet to sign a new contract and his current deal set to expire in 2023.

Mohamed Salah’s contract situation might not be clear, but the forward’s status as an all-time Liverpool great is hardly in doubt.

Salah has been in the form of his life so far this season and his goal against AC Milan in the Champions League on Tuesday took his tally to 20 in all competitions — and we’ve only reached December 7.

By date, only Reds legends Ian Rush ( November 7 ) and Roger Hunt (November 25) have reached the landmark more quickly than Salah, who has also provided nine assists.

It was not a stellar showing from the former Fiorentina and Roma player at the San Siro, but he was still given a standing ovation by the home supporters when he made his way off the pitch just after the hour mark.

“Without the era of Lionel Messi and Cristiano Ronaldo, how would we think of Mohamed Salah right now?” asked Pat Nevin on BBC Radio 5 Live. “We would think of him as the best in the business.” Liverpool forward Mohamed Salah shoots on target during a UEFA Champions League Group B match against AC Milan at the San Siro Stadium in Milan on December 7
Image: AFP

‘Where can he go at the minute? Spanish football is struggling’

The forward was quickest to react to goalkeeper Mike Maignan’s save from Alex Oxlade-Chamberlain’s shot, firing in a first-time finish from the rebound into the roof of the net.

“He thinks about things in a different way. He seems to get power out of his left foot in a way that only Lionel Messi can,” said Nevin.

However, there are still questions about Salah’s long-term future at Anfield, with the Egyptian yet to sign a new contract and his current deal set to expire in 2023.

Reds boss Klopp had sounded optimistic this week that his star man will agree a new deal, something former Anfield striker Michael Owen also believes will happen. Owen told BT Sport: “His contract will get sorted out, but these things are complicated. This is probably the last big contract of his career so he’s got to take his time about things.

“Where can he go at the minute? Spanish football is struggling.” 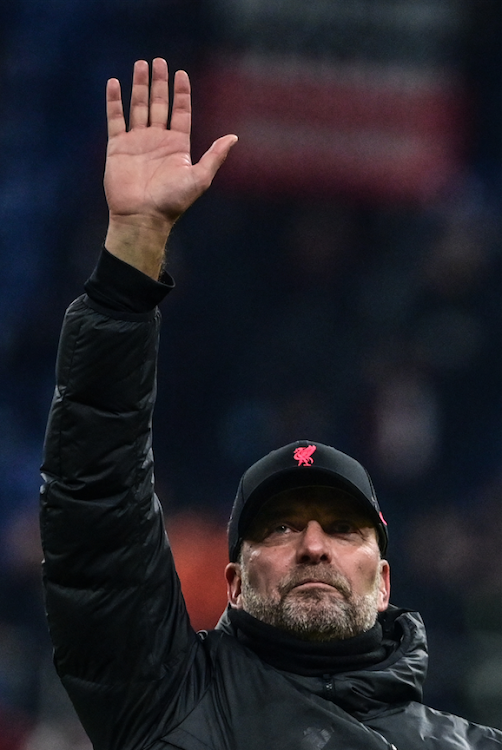 Liverpool coach Jurgen Klopp gestures at the end of their UEFA Champions League Group B match against AC Milan on December 7
Image: AFP

‘I could not be more proud’

When Liverpool, Atletico Madrid, Porto and AC Milan were drawn together in August, Group B was described as the ‘Group of Death’ but Klopp’s side swept all three sides aside with ease.

They become the first English side in history to win all six games in a Champions League group stage, scoring 17 times and conceding six goals.

The Reds also won six successive Champions League matches for the first time, despite making a number of changes to their starting line-up, finishing an incredible 11 points clear of second-placed Atletico.

“I’m very proud,” said Klopp. “Especially because of the sixth game to be honest. We chose that line-up because we wanted to win the game. We needed fresh legs. We needed desire to play this game which is difficult in this hectic schedule to always be on fire for the next game.

“What the boys did, I could not be more proud. It was an incredible game. I am so happy. The performance was outstanding. Having 21 shots, so many situations where we played outstandingly well and defended passionately and well organised.”