• It swung one way — with Liverpool taking a two-goal lead after 13 minutes through Mohamed Salah and Naby Keita - and then back again, with Antoine Griezmann’s double restoring parity before the break.

• The France forward was at the centre of another twist, with his probably unintentional but dangerous high boot on Roberto Firmino drawing a straight red 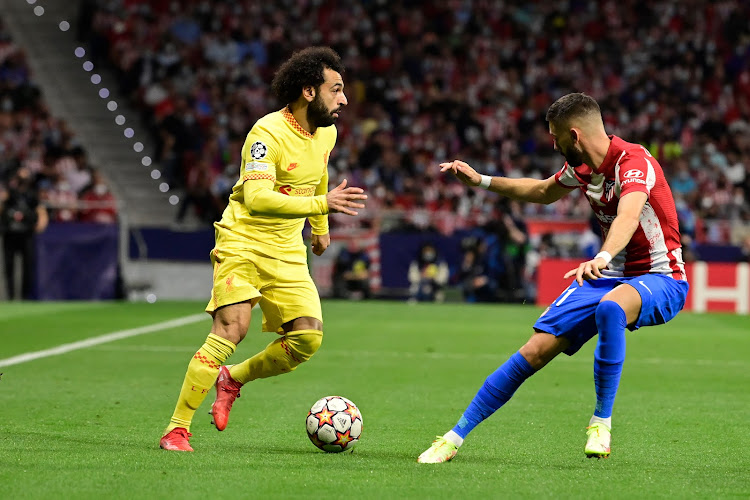 It was a game that began with fireworks and ended without a handshake.

Atletico Madrid manager Diego Simeone’s decision to head down the tunnel without shaking the hand of Liverpool counterpart Jurgen Klopp was perhaps not the most dignified ending to Wednesday’s match, but it took nothing away from what was a frantic and ferocious Champions League encounter.

But both managers were quick to play down the absence of the traditional post-match show of respect before anything more could be made of it. Klopp described it as “nothing”, adding to BT Sport: “His reaction was like mine (when Atletico knocked Liverpool out at Anfield in 2020) not too good. He was obviously angry, not with me but the game, the world.”

Simeone concurred. “I don’t normally greet after the game,” he said. “I do not like it and I think it is not healthy because there will always be someone who is not satisfied with the game. They have a different culture, which I do not share.”

Both said they would shake hands at the return leg at Anfield in two weeks’ time.

What neither would want to play down was the quality, intensity and brilliance of the game at the Wanda Metropolitano - a stadium that has seen Liverpool win the Champions League in 2019, lose 1-0 seven months later in a game that contributed to the end of their title defence, and now this classic.

It swung one way — with Liverpool taking a two-goal lead after 13 minutes through Mohamed Salah and Naby Keita - and then back again, with Antoine Griezmann’s double restoring parity before the break.

The France forward was at the centre of another twist, with his probably unintentional but dangerous high boot on Roberto Firmino drawing a straight red and giving Atletico 38 minutes to hold on with 10 men.

It was then a tale of two penalties. A clumsy foul on Diogo Jota allowed Salah to score his second to make it 3-2 before the Portugal forward was initially penalised for leaning on Jose Maria Gimenez in the box at the other end.

A VAR-inspired check at pitchside by the referee later and Atletico’s lifeline was taken away, allowing the Reds to make it three wins from three in Group B.

“A tough game, which we expected,” said Klopp. “We did surprisingly well at the beginning. Did we expect it to be that offensive? Probably not. It was not so easy. We scored two wonderful goals then played good football.

“It was 2-0 then obviously Atletico are not too bothered about having possession. The first goal we gave away then the second, it was nice play but the gaps we had there... that was not alright.

“At half time I think everyone in the stadium thought it was only going one way and we thought ‘let’s give it a proper try again’. “We played a really solid second half in a tough game with intense football from both teams.

“The dirty three points are often the most important and they were dirty tonight. That wasn’t our best football but it was an important step.”

On the subject of the two penalties and the red card, Klopp added: “I understand that Atletico people or Spanish people are upset by some of the decisions but I think our penalty is a clear penalty. And the penalty for Atletico is not a penalty but I was a bit surprised they took it back.

“The red card — of course it’s unlucky but I think it’s a red card. The foot is in the face.”

Former Reds defender Mark Lawrenson, acting as summariser on BBC Radio 5 Live, was understandably impressed with the game and also with the continued resilience of his old side.

“Where do you start with this?” he said. “First and foremost, Liverpool have won, and that’s the most important thing. “They played really well first 20 minutes and then were poor to end up at 2-2. Just a fabulous game. We’ve seen everything that can happen in a football game.

“Liverpool had a few problems, but they’ve won and you can’t take that away from them. It’s massive. Klopp will have to pick both the good and bad bits out of it before Manchester United on Sunday.

“But Liverpool keep finding a way. They have nine points from three games, so they may only need a draw at home to Atletico [to progress].”